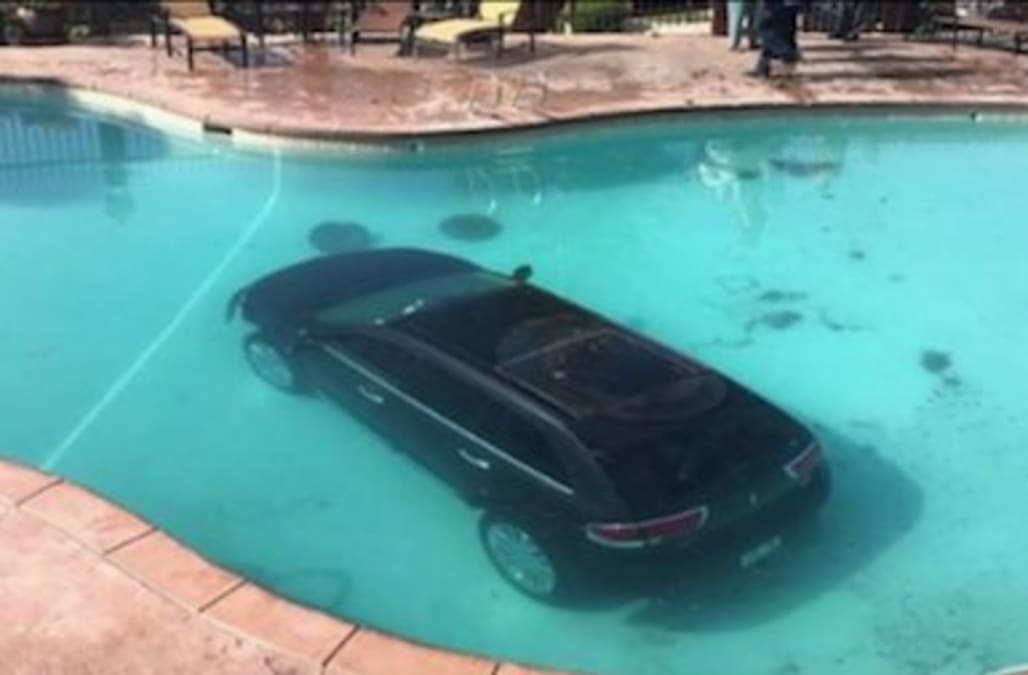 COLORADO SPRINGS, Colo. (KDVR) — A woman hit the gas pedal instead of the brakes by accident, plunged her vehicle through a fence and into a swimming pool at the Cheyenne Mountain Resort on Monday morning, KRDO reports.

The incident happened about 7:30 a.m., the Colorado Springs Police Department told the station.

The 73-year-old woman told officers she hit a vehicle, drove up a hill and went airborne through a fence, landing in the pool.

Police told the station the woman was going 50 mph to 60 mph at the time of the crash.

A man walking nearby jumped into the water to get the woman out, KRDO reports. She was taken to a hospital but did not appear to have serious injuries.

No one was inside the pool at the time of the accident. The woman will be cited for careless driving, police told the station.

The pool will be drained later Monday to remove the vehicle, police told KRDO.