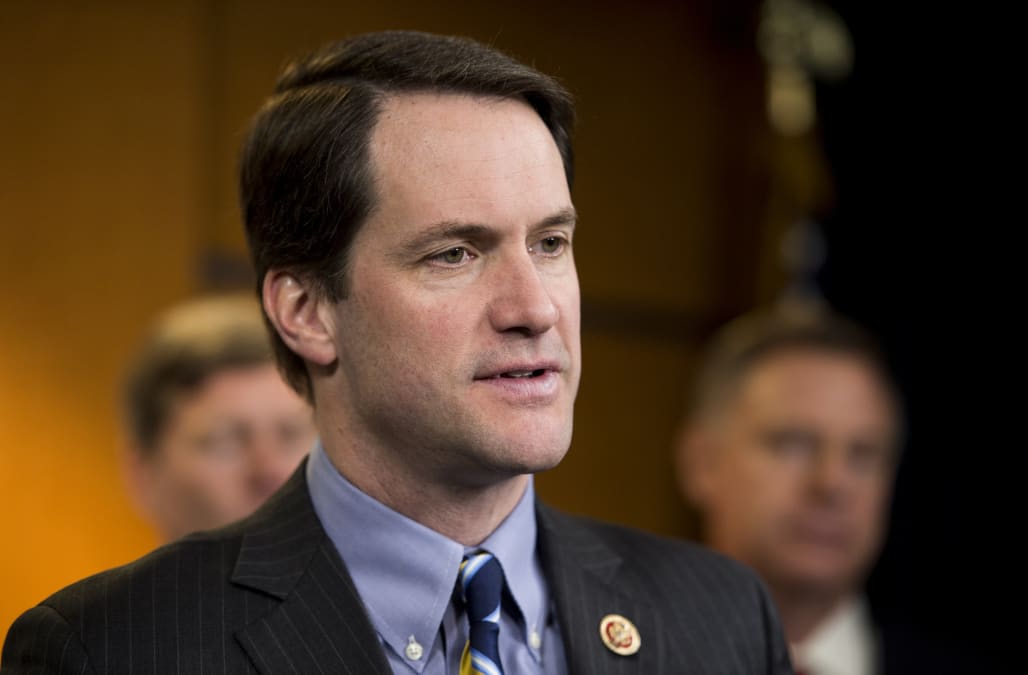 "Pretty much every president before this one has understood that the media is absolutely essential to our liberty...Dictators attack the media," Himes said.

His comments come one day after Trump shared a wrestling video in which he battles an opponent whose head has been digitally replaced with a CNN logo. After forcing the CNN wrestler to the mat, Trump throws a couple of punches at his head.

"I sometimes sit back and say, 'My god, where is this country going? Does it have any leadership that has any idea what the real meaning of freedom and liberty is?'" he said, further noting, "...the freedom of the press is the First Amendment for a reason."

Despite the concerns of Himes and many other lawmakers, Trump has shown no signs of slowing down his 'fake news' tweets.

Not long after posting the wrestling video to Twitter, he shared an excerpt of his Saturday speech at the Kennedy Center's 'Celebrate Freedom' event in Washington, D.C.

In it, he says, "The FAKE MEDIA is trying to silence us – but we will not let them. We won & they lost!"

The dishonest media will NEVER keep us from accomplishing our objectives on behalf of our GREAT AMERICAN PEOPLE! #AmericaFirst🇺🇸 pic.twitter.com/jSciqzAs6G

Trump also tweeted on Monday morning, "At some point the Fake News will be forced to discuss our great jobs numbers, strong economy, success with ISIS, the border & so much else!"

At some point the Fake News will be forced to discuss our great jobs numbers, strong economy, success with ISIS, the border & so much else!