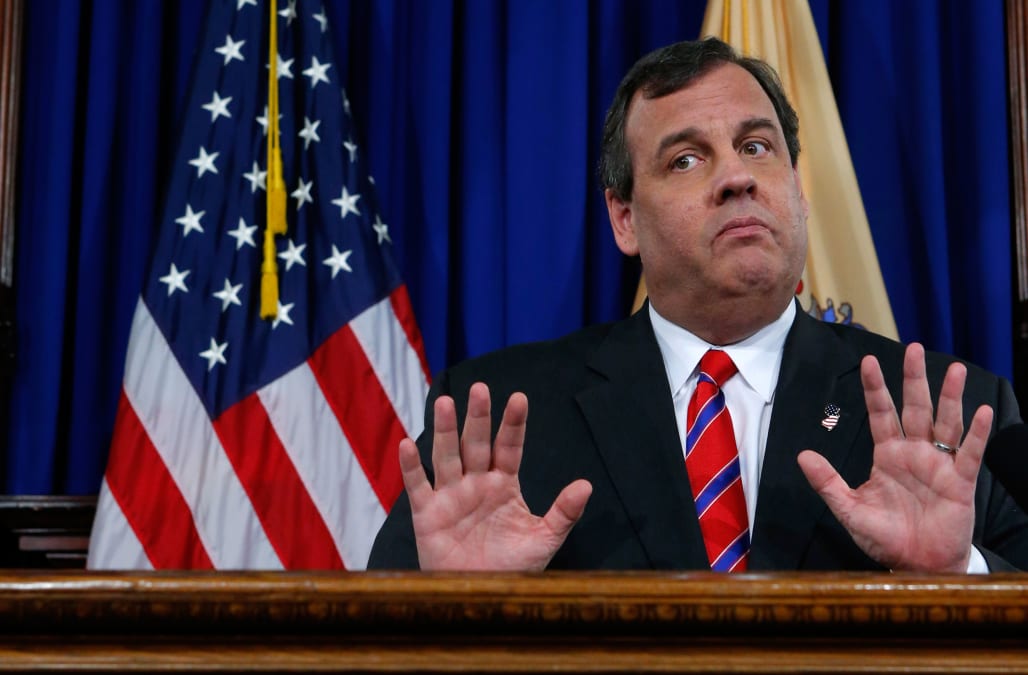 In the world's most ironic summer vacation, New Jersey governor Chris Christie has decided to spend his Independence Day weekend at a closed public beach... whose closure was caused by a budget shutdown that he ordered. And New Jerseyans are not pleased.

A statewide government shutdown early Friday morning caused the public closure of Island Beach State Park, a popular vacation spot, especially during 4th of July weekend. But, according to Philly.com, as local police reportedly turned away "cars, bicyclists and joggers" on Saturday, Christie and his family frolicked in the sand.

Many beach-going hopefuls were disappointed about being barred from the public space while the governor and his family were granted access. But despite criticism, Christie has no plans to stay away from Island Beach. In fact, he'll be returning there tonight... in a helicopter. Christie told reporters during a Sunday press conference that he would be going back to join his family. "That's where my family is sleeping, so that's where I'll sleep tonight," he said.

And that little thing about people being upset with him? He doesn't really seem to care. When asked by reporters why he could have access to the park while others couldn't, he responded, "That's just the way it goes." He went on to add, "The governor has a residence at Island Beach. Others don't. Run for governor and you can have the residence." Philly affirms that the state of New Jersey does own a residence at the beach that the governor is permitted to use.

Chris Christie & guests enjoying NJ beach — after he ordered state beaches closed to the public over a budget fight https://t.co/aD3pkhT4vFpic.twitter.com/JkAh31BG08

Chris Christie is so unpopular in New Jersey that he doesn't even care that he closed the beaches to the public and is using them himself. pic.twitter.com/bbwGl9S9iG