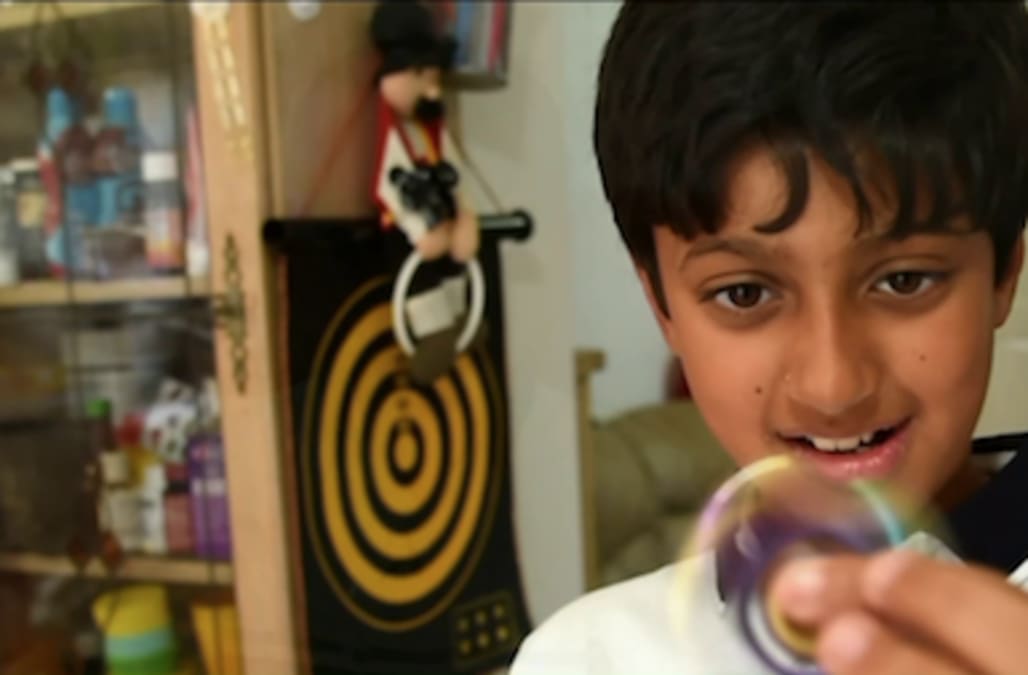 ENGLAND (WGN) -- Anrnav Sharma recently scored a 162 on the Mensa Test without any preparation.

A 162 is the highest mark you can get on the test, putting Arnav in the top 1% of the nation in terms of IQ.

To put this achievement in perspective, both Albert Einstein and Stephen Hawking scored a 160 on the test. A 140 is considered the genius marker.

Aside from the high test score, he's a fairly normal kid. He enjoys badminton, swimming, and reading.

Mensa members
NEW YORK - MAY 13: *** EXCLUSIVE *** Fatima Ptacek poses for a photograph in Times Square on May 13, 2010 in New York City. Meet the princess of New York, Fatima Ptacek, who at nine years old has appeared in over 50 national television adverts, starred opposite Catherine Zeta Jones on the big screen and commands thousands of dollars to tread the cat-walk. She counts the First Lady Michelle Obama as a pen-pal, is a certified genius, eligible to join Mensa and is able to speak fluent Spanish and is conversational in Mandarin. Working in television, fashion and film since she was discovered aged five at an open call by a top Manhattan modeling agency, Fatima's list of achievements extend to gymnastics, in which she is ranked 15th in New York state and has aspirations to become an Olympic standard athlete. Studying at one of New York's Academy for Intellectually Gifted Children in Queens, Fatima manages to fit all this in during the week as well as riding jump horses for fun on a Saturday afternoon. (Photo by Barry Bland / Barcroft USA / Getty Images)
THE TONIGHT SHOW WITH JAY LENO -- Episode 1772 -- Pictured: Child genius Priya Purewal during an interview with host Jay Leno on February 7, 2000 -- (Photo by: Paul Drinkwater/NBC/NBCU Photo Bank via Getty Images)
April 14, 2011 - Sacramento, Calif, USA - Taji Abraham, left, reacts as her mother Taji Abraham, right, grades her paper as Tanishq Abraham works on his college homework in the background. Both children joined Mensa at the age of four. (Credit Image: Â© Renee C. Byer/Sacramento Bee/ZUMAPRESS.com)
In other news, I am now a certified genius! :) I've been accepted into @AmericanMensa!!
Up Next