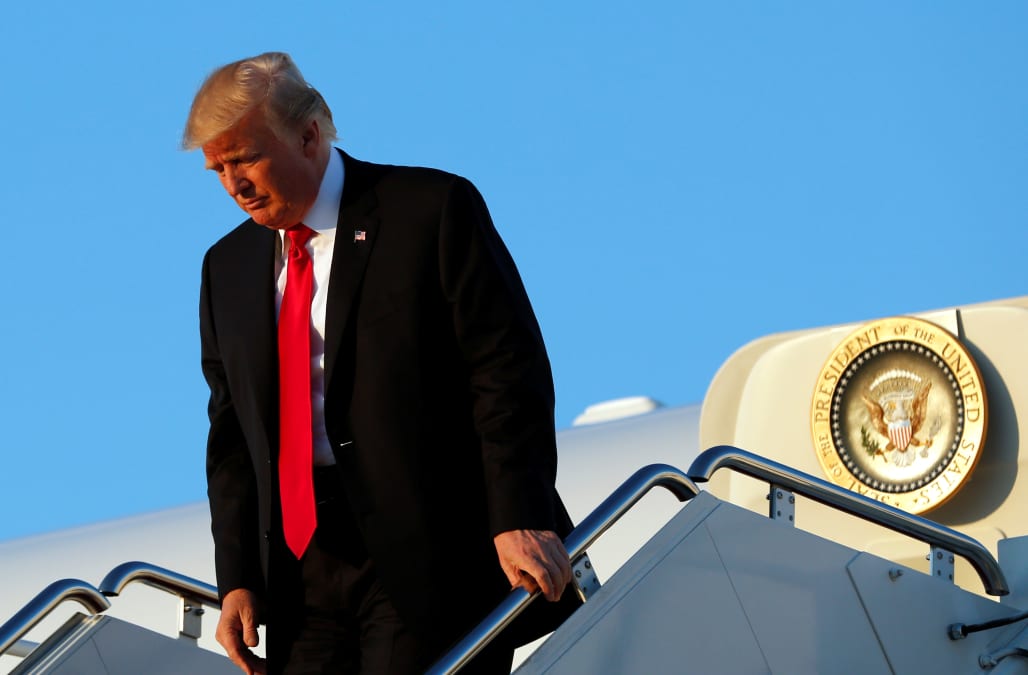 A Trump-centered wrestling meme has KO'ed a lot of people, but not in the way the POTUS had hoped. Now, the meme has many demanding his impeachment.

On Sunday, Trump shared a video clip of a 2007 wrestling match between him and WWE CEO, Vince McMahon — only with the CNN logo superimposed over McMahon's head. The altered video imagines the president putting the smackdown on one of his least favorite news outlets.

Trump has never been cryptic about his hatred of CNN. But his critics saw this meme is a direct call for violence against the media. The outrage has spawned several Twitter hashtags calling for the president's impeachment: #25thAmendmentNow, #25thAmendment and #25for45.

Click through reactions to Trump sharing video of him beating up CNN:

The 25th Amendment of the U.S. Constitution outlines the process of impeachment, where Congress can vote to remove a president from office if he/she is found "unable to discharge the powers and duties of his office."

Shock and anger has flowed freely on Twitter, with many users demanding immediate impeachment.

And he not ONLY tweeted this heinous video on his @realDonaldTrump account, it is on the OFFICIAL @POTUS account. #Unhinged#25for45pic.twitter.com/ZTC62K7yPA

.@SarahHuckabee says @realDonaldTrump doesn't advocate violence, then he tweets this. If just ONE nutcase acts on this...#25for45#Unhingedhttps://t.co/ACYX3X1zWU

While the president is tweeting troll videos, millions of real patriots are fighting to save healthcare & democracy.#25thAmendmentNow

Inciting violence against journalists....against...anyone. Whenever we think he's established a new low. He goes lower. #25thAmendmentNow