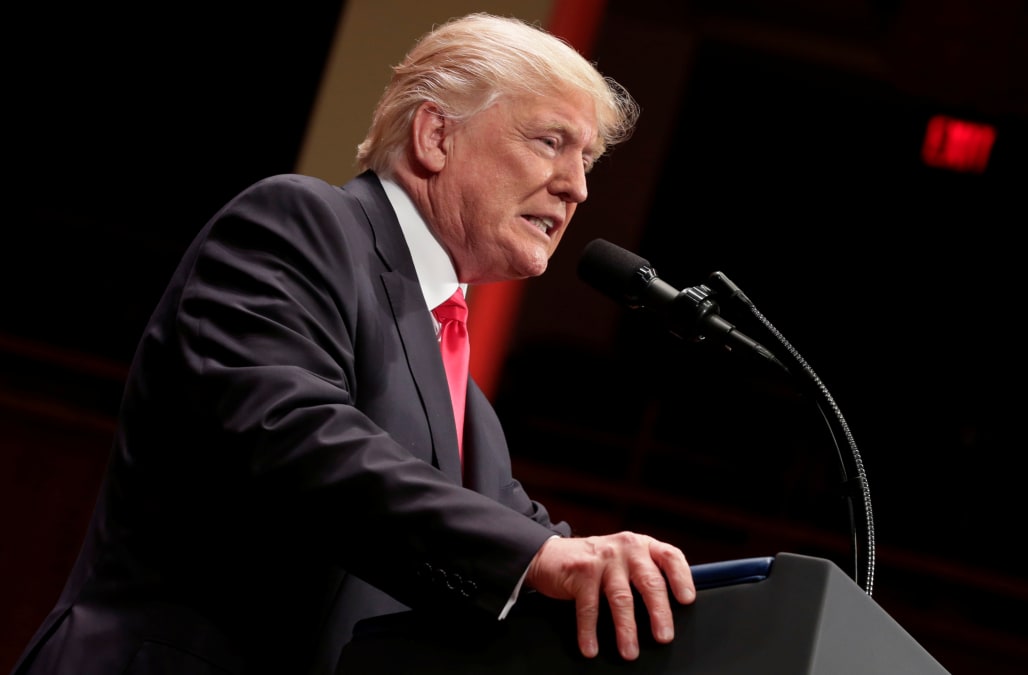 President Donald Trump's homeland security adviser was asked on Sunday to respond to the president's tweet featuring a video portraying him beating up a man with the CNN logo superimposed onto his face.

ABC's "This Week" host Martha Raddatz played the video for homeland security adviser Thomas Bossert, who had not yet seen the tweet, and asked him to respond.

"There's a lot of cable news shows that reach directly into hundreds of thousands of viewers and they're really not always very fair to the president," Bossert said after he finished watching the video. "So I'm pretty proud of the president for developing a Twitter and a social media platform where he can talk directly to the American people."

Click through social media reacts to Trump sharing video of him beating up CNN:

Bossert then praised Trump as "the most genuine president and most non-politician president that we've seen in my lifetime" and lauded his ability to communicate with voters.

Bossert replied that it was "certainly not" a threat. "I think that no one would perceive that as a threat; I hope they don't," he added. Reiterating his previous statement, he said Trump "has a right" to respond to cable news platforms that he views are unfair to him.

"No, I certainly don't," Bossert replied. He said the president was expressing himself "genuinely" and that he had been elected by people because they found him to be someone they could "understand and relate to."

"The president in no way form or fashion has ever promoted or encouraged violence," Sanders said at the White House press briefing on Thursday. "If anything, quite the contrary. He's simply pushing back and defending himself."

"You know what happened to Congressman Scalise, and you have these messages out there against the media, and the media has had — I hate this to be all about us, but [Trump] is making it about us, or particularly CNN — some people had to get private security guards," Raddatz said. "Is that really fair?"

When Bossert continued praising Trump for communicating directly with the people, Raddatz interrupted him. "I'm talking about the message," she said. "Not how he communicates — the message."

"But it's a good example of you or the media producers here deciding what it is that we talk about and what it is we don't talk about," Bossert said. "And so, with respect, I think that that's why he needs to go around you and the producers that control the message, and directly to the people ... and occasionally he likes to speak about those cable programs that are beating up on him unfairly."

NEW: Homeland Security Adviser Thomas Bossert on Trump's CNN tweet: "No one would perceive that as a threat. I hope they don't." #ThisWeekpic.twitter.com/BfrWWt7buM