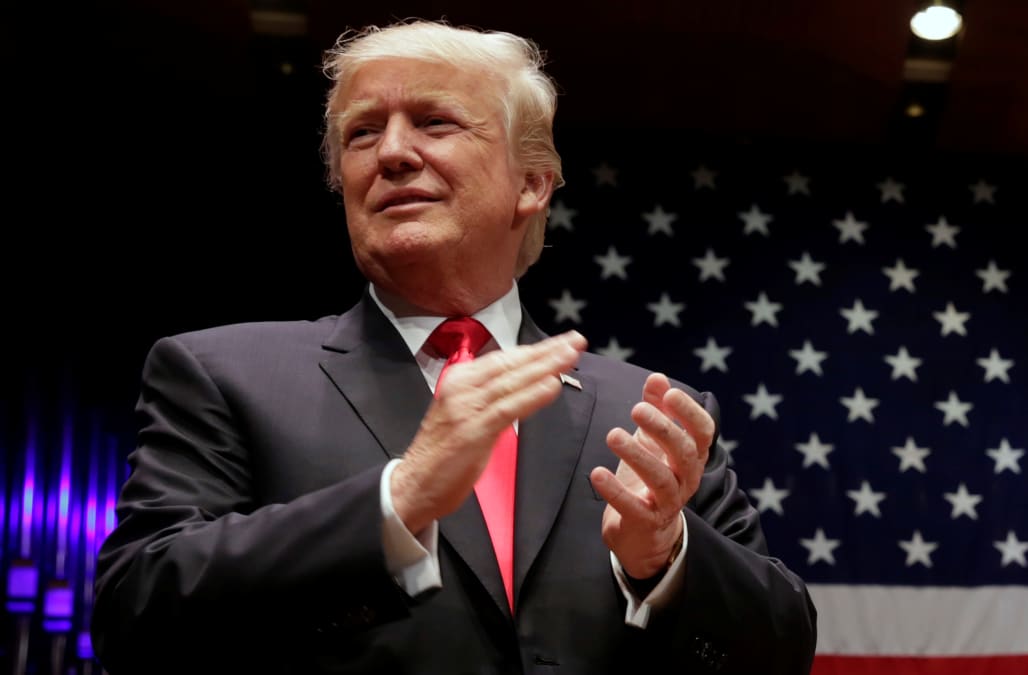 President Trump has faced sharp criticism after posting a video of himself at a WWE match punching a man with the CNN logo superimposed over his face.

The outlet contacted three top members of his administration about the video. One reportedly said, "It's rich that some of you people [in the media] can never take a joke."

Quartz reports the video with the CNN logo was posted four days ago by a reddit user who regularly uses racial slurs.

The original clip, without the logo, shows Trump fighting at the pro-wrestling match a decade ago.

CNN released a statement in response to the video, reading:

"Instead of preparing for his overseas trip, his first meeting with Vladimir Putin, dealing with North Korea and working on his health care bill, he is involved in juvenile behavior far below the dignity of his office. We will keep doing our jobs. He should start doing his."

Of course, this isn't the first time Trump has lashed out at CNN in recent memory. On Saturday, he tweeted, "I am thinking about changing the name #FakeNews CNN to #FraudNewsCNN!"