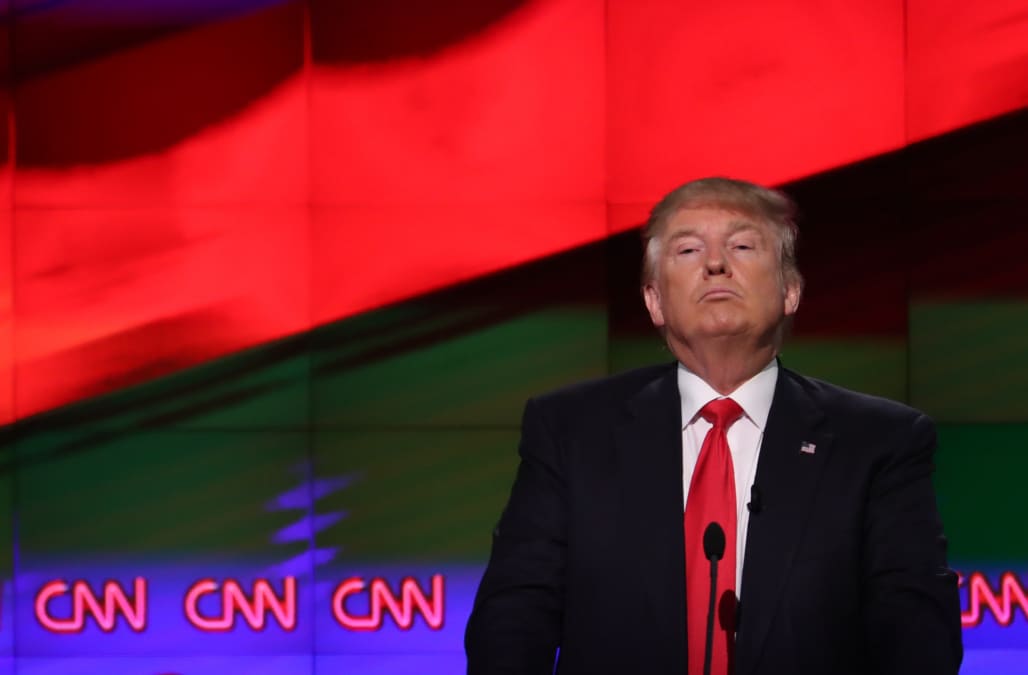 CNN issued a fiery response on Sunday to President Trump sharing a doctored video of him beating up the cable news giant, saying the clip "encourages violence against reporters."

"It is a sad day when the President of the United States encourages violence against reporters. Clearly, Sarah Huckabee Sanders lied when she said the President had never done so," CNN said in a statement, referring to the White House spokesperson's claim this week that Trump has never "promoted or encouraged violence."

Click through the best reactions to Trump's controversial video:

CNN criticized the president for continuing to battle with the media "instead of preparing for his overseas trip, his first meeting with Vladimir Putin, dealing with North Korea and working on his health care bill."

"We will keep doing our jobs. He should start doing his."

CNN statement responding to the president: "We will keep doing our jobs. He should start doing his." pic.twitter.com/Gn1YRA2DRG

The president has been extremely active on Twitter over the Fourth of July holiday weekend, slamming "Morning Joe" hosts as "crazy" and "dumb as a rock." While also defending his controversial social media presence, saying it's partly why he's president.

"The FAKE & FRAUDULENT NEWS MEDIA is working hard to convince Republicans and others I should not use social media - but remember, I won the 2016 election with interviews, speeches and social media. I had to beat #FakeNews, and did. We will continue to WIN!" Trump said in a series of tweets.

Trump also refuted critics who say his tweets are not presidential. "My use of social media is not Presidential - it's MODERN DAY PRESIDENTIAL. Make America Great Again!"

My use of social media is not Presidential - it’s MODERN DAY PRESIDENTIAL. Make America Great Again!