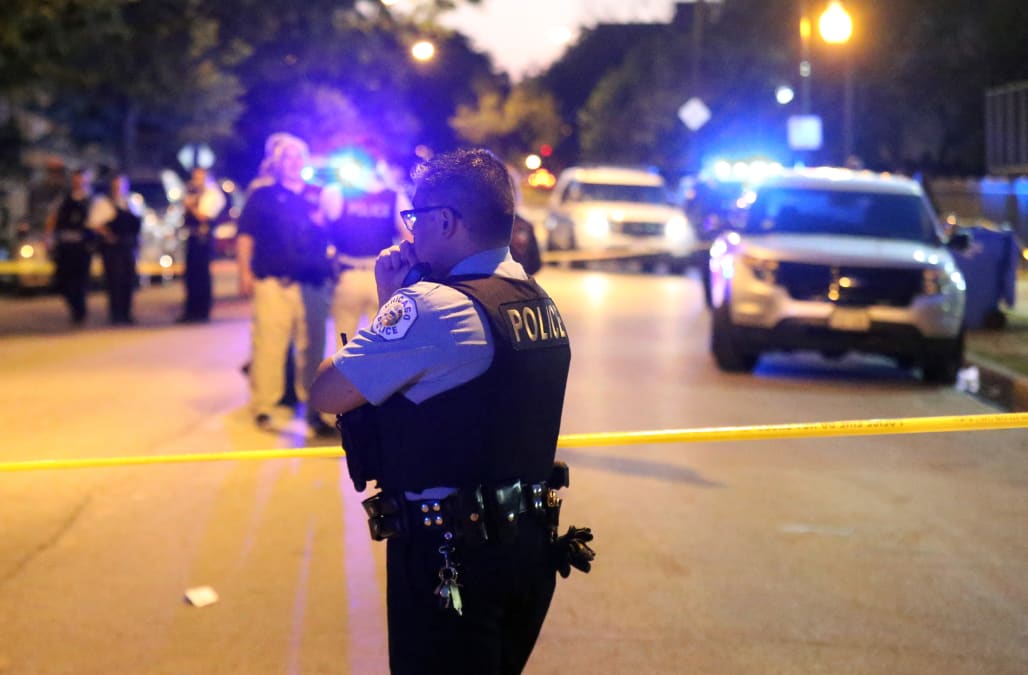 The government is sending federal agents to Chicago and plans to prosecute firearms cases aggressively, Attorney General Jeff Sessions told Fox News when asked about Trump's statement about the plan in an early-morning Twitter post.

"Crime and killings in Chicago have reached such epidemic proportions that I am sending in Federal help. 1714 shootings in Chicago this year!" Trump wrote on Twitter.

The president has regularly singled out Chicago's violent crime problem and in January decried the high crime rate in the third-most populous U.S. city as "carnage."

In 2016, the number of murders in Chicago exceeded 760, a jump of nearly 60 percent, and was more than New York and Los Angeles combined. There were more than 4,300 shooting victims in the city last year, according to police.

Sessions said the anti-crime policies in Chicago have not worked and police "have been demoralized in many ways."

The federal assistance will come in the form of the Chicago Crime Gun Strike Force, a collaboration between the police and the Department of Justice's Bureau of Alcohol, Tobacco, Firearms and Explosives (ATF).

The group, including police officers, federal agents and intelligence analysts, will work to impede the flow of illegal guns throughout Chicago and target repeat gun offenders.

"The Trump Administration will not let the bloodshed go on; we cannot accept these levels of violence," Sessions said in a statement on Friday afternoon. The group became operational on June 1, Sessions said.

It will "significantly help our police officers stem the flow of illegal guns and create a culture of accountability" for the gangs that drive violence in the city, Police Superintendent Eddie Johnson said in a statement.

On Monday, the Chicago police announced that the ATF's mobile ballistics lab had arrived in the city to help process shooting scenes.

"Six months ago we made it clear that we would welcome additional federal support, and six months later we appreciate the 20 new ATF agents that are now arriving," Adam Collins, a spokesman for Chicago Mayor Rahm Emanuel, said.

"But the progress CPD (Chicago Police Department) has made this year has happened without any of the new resources from the federal government we requested."

Chicago is also in the midst of reforming its police department after a federal investigation found officers routinely violated the civil rights of people, citing excessive force and racially discriminatory conduct.

Joseph Ferguson, the city's inspector general, called on Chicago officials to agree to a consent decree to oversee changes to the department at a committee meeting on Tuesday – splitting with the mayor, who has said a court-enforced settlement is not necessary for reform.

In response to questions about Ferguson's comments, Emanuel told reporters on Wednesday that the Justice Department has "walked away" from doing consent decrees, and so the city has sought a different strategy.

"There are multiple roads that allow you to make sure you make the changes and reform," he said. (Additional reporting by Julia Jacobs in Chicago; Editing by JS Benkoe and Matthew Lewis)