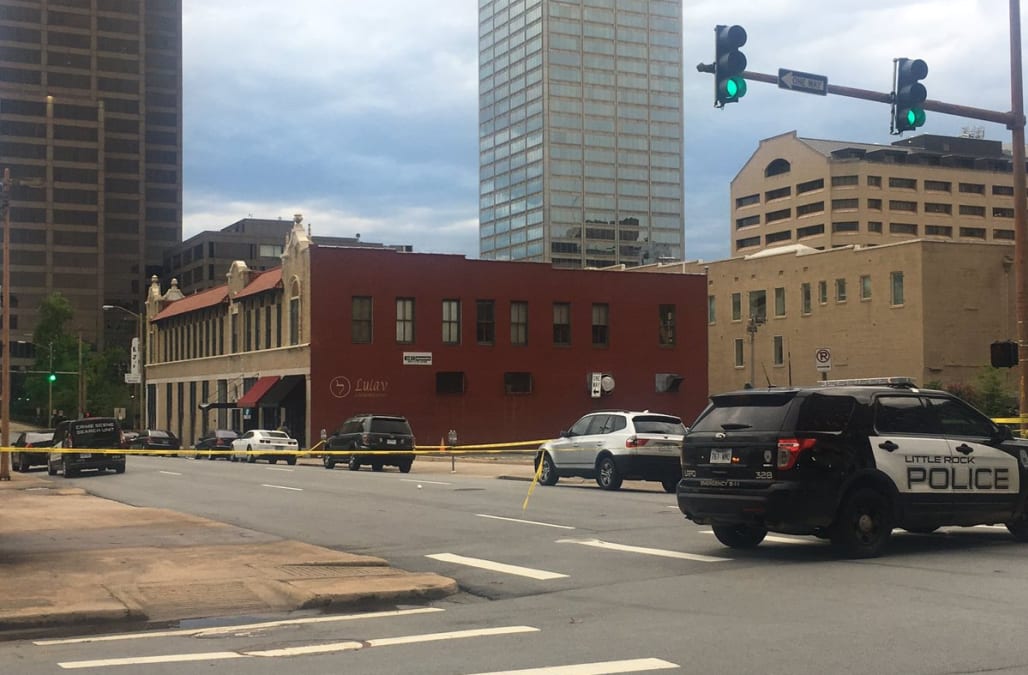 (Reuters) - At least 17 people were shot after gunfire erupted at a concert in Little Rock, Arkansas early Saturday, police said on social media.

At least one person injured in the shooting at a venue called the Power Ultra Lounge was initially listed in critical condition and has since been upgraded to stable, Little Rock police said on Twitter.

It was not immediately clear if anyone was arrested in connection with the shooting.

"We do not believe this incident was an active-shooter or terror-related incident," police said on Twitter. "It appears to have been a dispute at a concert."

This cell phone video captured by Darryl Rankin shows the moment shots were fired inside of the Power Ultra Lounge;17 people injured #ARNewspic.twitter.com/LrXM1XQ3DT

None of the 17 shooting victims died, added the police.

A police spokesman did not immediately return calls or emails for comment.

Other people were trampled during the rush for the exits, according to the Arkansas Democrat-Gazette newspaper, citing police.

The shooting started at about 2:30 a.m. local time on Saturday, according to local media, which is thirty minutes after the club closes.

Some of the victims are juveniles, according to a Twitter post by a reporter for local television station KATV.

The Power Ultra Lounge hosted a concert by the hip-hop artist Finese 2Tymes on Friday night, according to the club's Facebook page.

More than one suspect may have been involved in the shooting, the Arkansas Democrat-Gazette reported, citing the police chief.