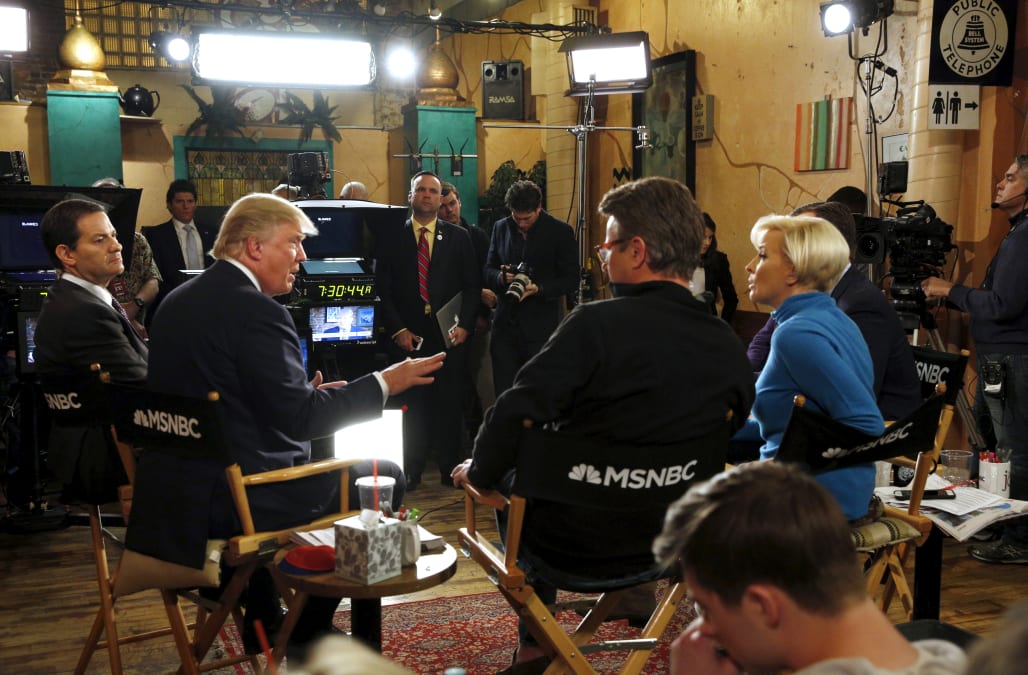 "Crazy Joe Scarborough and dumb as a rock Mika are not bad people, but their low rated show is dominated by their NBC bosses. Too bad!" the president tweeted Saturday morning.

The latest attack from the president comes a day after the MSNBC hosts fired back at the president, saying that while they are "ok," the country's not.

Click through reactions to Trump's attack on Brzezinski and Scarborough:

Crazy Joe Scarborough and dumb as a rock Mika are not bad people, but their low rated show is dominated by their NBC bosses. Too bad!

"Yesterday was just another example of how deeply personal he is. He attacks women because he fears women," Scarborough said in response to the initial tweets aimed at the two cable news anchors.

On Thursday the president created a firestorm after he ripped both Brzezinski and Scarborough in a series of vicious and personal tweets attacking their mental state, and in the case of Brzezinski, her appearance.

"I heard poorly rated @Morning_Joe speaks badly of me (don't watch anymore). Then how come low I.Q. Crazy Mika, along with Psycho Joe, came," read the president first tweet. "...to Mar-a-Lago 3 nights in a row around New Year's Eve, and insisted on joining me. She was bleeding badly from a face-lift. I said no!"

Republican Sen. Lindsey Graham, who is a strong critic of the Trump administration, tweeted, "Mr. President, your tweet was beneath the office and represents what is wrong with American politics, not the greatness of America."

Rep. Barbara Lee called the tirade "sexist" tweeting, "I want my GOP colleagues to explain to my 3 granddaughters why they think these viciously sexist comments are acceptable from our President."

However the White House maintains that the American people knew what they were voting for when they voted Donald Trump to be the 45th president of the United States, claiming the president has been 'attacked mercilessly' since taking office.

"The president has been attacked mercilessly on personal accounts by members on that program, and I think he's been very clear that when he gets attacked, he's going to hit back," White House deputy press secretary Sarah Huckabee Sanders said on Thursday.

"I think the American people elected somebody who's tough, who's smart, and who's a fighter, and that's Donald Trump," Sanders added. "And I don't think that it's a surprise to anybody that he fights fire with fire."