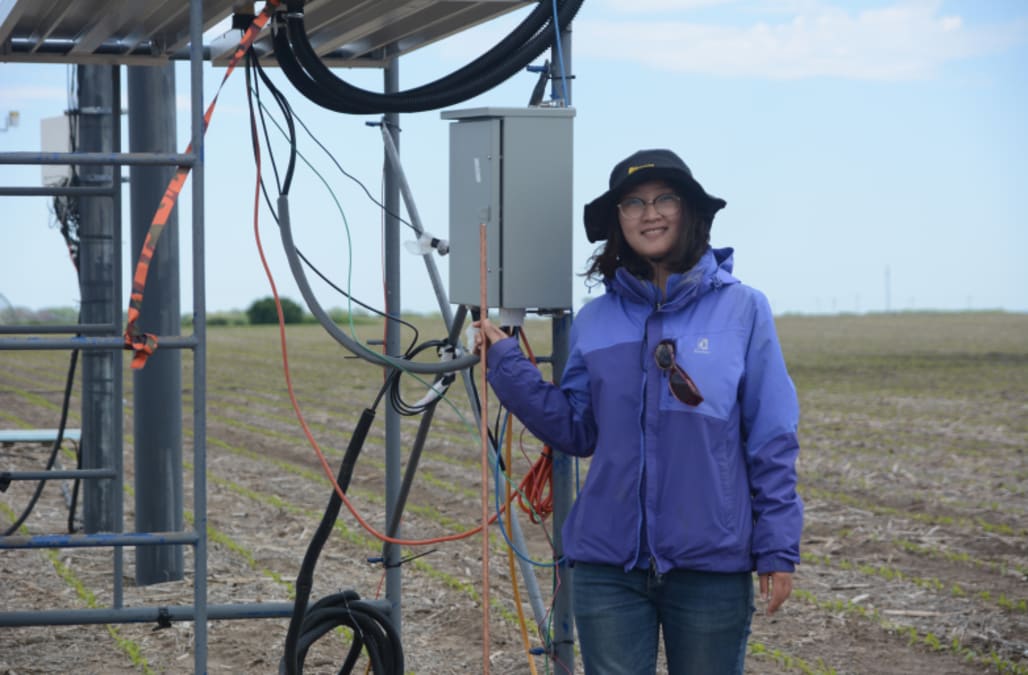 July 1 (Reuters) - An Illinois man was charged on Friday with abducting a Chinese student who investigators believe is now dead, a court document showed.

Brendt Christensen, 28, was arrested by FBI agents in Champaign on Friday. He will remain in custody until he appears in federal court on Monday to face a charge of kidnapping in the disappearance of Yingying Zhang, 26, on June 9, the University of Illinois Police Department said in a statement.

The arrest came a day after hundreds marched in support of Zhang, a scholar in photosynthesis and crop productivity who came to study at University of Illinois two months ago, according to local media.

Her father and other family members traveled from China to Champaign to join in the search for Zhang.

"There are no words that can explain why or how such a terrible thing should happen nor is there anything I might say that will ease the grief of any of you who knew her," university Chancellor Robert Jones said in a statement.

On June 9, Zhang went to sign a lease for an apartment in Urbana, but missed a connecting mass transit bus. As she waited for the next bus, a motorist in a black Saturn Astra pulled up and she got in the vehicle, according to an affidavit.

Authorities matched the vehicle with Christensen's car, the document showed.

Christensen told investigators on June 15 that he picked up an "Asian" woman who appeared to be in distress. He also said he let her out of his vehicle a few blocks later after she panicked when he made a wrong turn, the affidavit said.

Investigators also found the passenger's door of Christensen's car had been recently cleaned, and that Christensen had been heard on an audio recording explaining he had kidnapped Zhang and had held her in his apartment.

"Based on this, and other facts uncovered during the investigation of this matter, law enforcement does not believe (Zhang) is still alive," the document said.

More from AOL.com:
FBI finds car tied to missing University of Illinois student's case
Girl breaks free after being kidnapped in front of her home
Man arrested for alleged murders of his wife, two young children