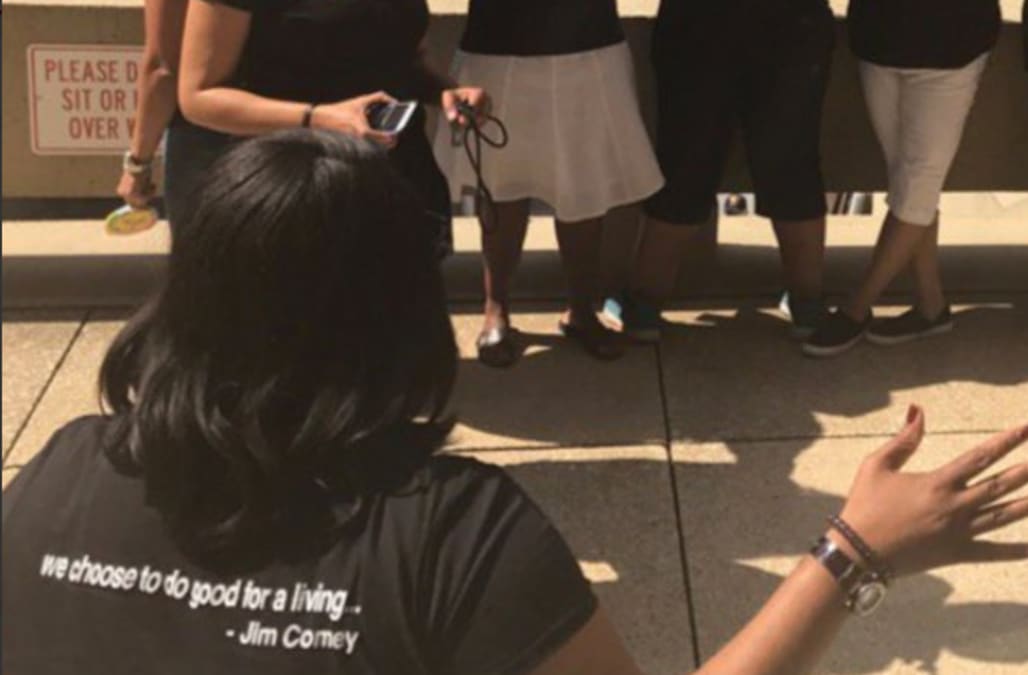 A group of FBI employees wore "Comey is my homey" t-shirts to the Bureau's Family Day in Washington on Friday in an apparent unofficial showing of support for fired FBI Director James Comey.

The Huffington Post reports at least a dozen FBI employees were showing support for Comey by sporting the shirts at the annual event.

Comey was fired as he was conducting an investigation into potential collusion between the Trump and Russia during the presidential election.

President Trump axed Comey after receiving a memo about the way he handled Hillary Clinton's email investigation. However, Trump told NBC News he was going to fire him anyway.

Since his firing, Comey's testimony has resulted in support from opponents of the Trump administration. Fashion has been on his side, with t-shirts like "Comey is my homey" and his quotes being sold online.

More from AOL.com:
Trump has reportedly asked his aides to come up with 'deliverables' he can offer to Putin in their big meeting
34 House Democrats request investigation into Jeff Sessions' violation of recusal
New figure emerges in Russia probe, Keith Schiller Trump's White House aide