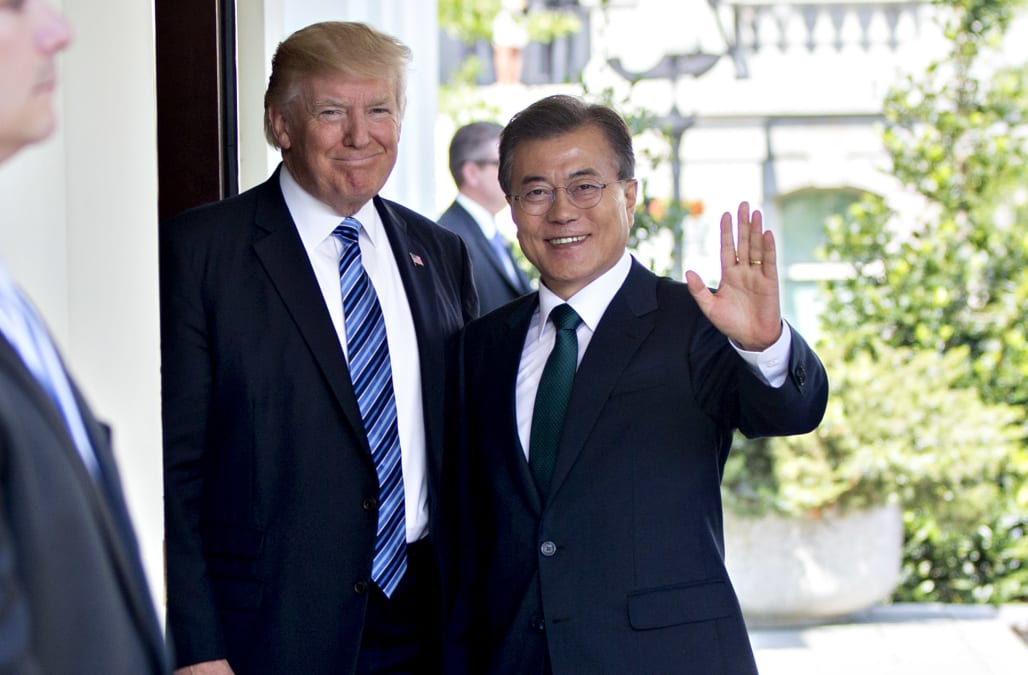 President Trump is expected to deliver joint statements with South Korea's Moon Jae-in on Friday as the newly elected president visits the White House for the first time since taking office.