US Senate Republican bill would slash Medicaid by 2036, complicating talks 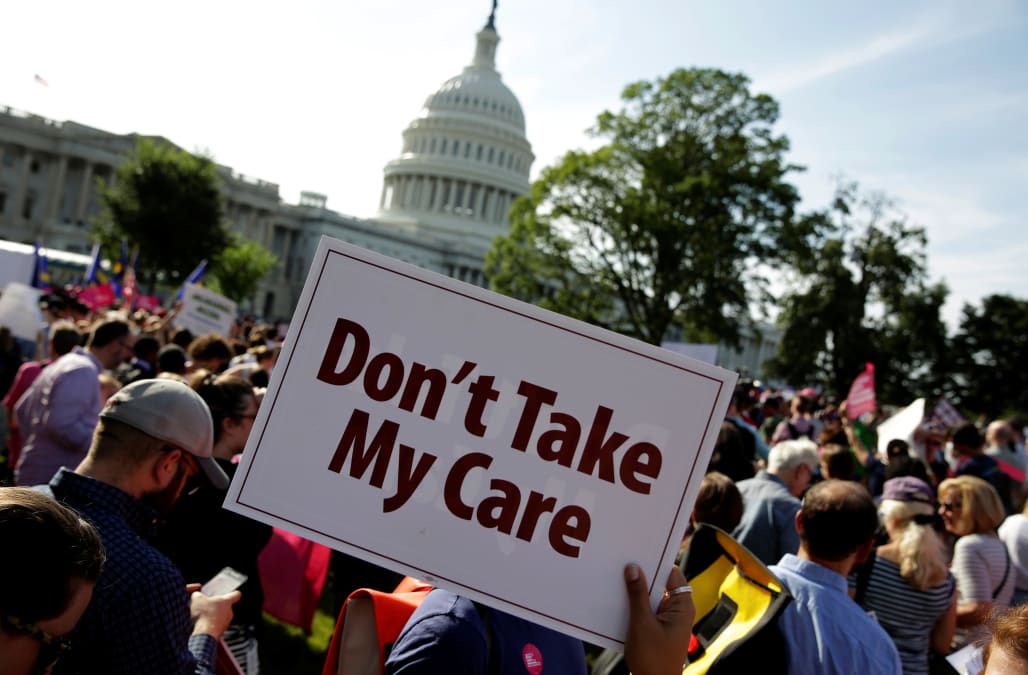 The Congressional Budget Office report, requested by Senate Democrats, provides a longer-term look at how the Republican plan would affect Medicaid spending as Senate Majority Leader Mitch McConnell searches for a formula to win over the conservative and moderate elements of his Republican caucus.

Republican discussions on Thursday were focused on two proposals. One, by moderates, would keep a 3.8 percent Obamacare tax on high earners' investment income, instead of repealing it as Republicans have promised. Another, by conservative Senator Ted Cruz, would let insurers offer skimpier healthcare plans if they also offer a plan choice that is Obamacare compliant.

An additional $45 billion over a decade to combat the opioid crisis also is on the table, sources close to the talks told Reuters.

The original draft of the Republican bill was opposed by at least nine Republican senators. McConnell can only afford to lose two of 52 Republican votes in the 100-seat Senate to pass the bill.

Who opposes the new bill?

Vice President Mike Pence was on Capitol Hill to push for the bill, meeting with Cruz and moderate Senators Susan Collins, Shelley Moore Capito and Dean Heller. All opposed the bill in its original form.

The two factions did not yet seem in agreement.

Senator Lisa Murkowski said discussions were continuing to see whether Cruz' proposal could be made more acceptable to moderates like herself.

Conservative Senator Pat Toomey said he would be "shocked" if the Obamacare 3.8 percent tax is not repealed.

The bill proposes phasing out Obamacare's Medicaid expansion between 2021 and 2024, then making deeper cuts to the program and overhauling it in 2025.

The CBO estimated that under current law, Medicaid spending would grow 5.1 percent a year during the next two decades. Under the Republican Senate plan, it projected growth of just 1.9 percent a year through 2026 and about 3.5 percent per year in the subsequent 10 years.

The CBO can typically only score legislation in a 10-year window, so the bill's longer-term affects had not been assessed until Thursday's report. It had earlier estimated that the Senate bill would strip coverage for 22 million Americans in the next decade. (Additional reporting by Amanda Becker, Richard Cowan and Timothy Ahmann; Writing by Amanda Becker; Editing by Bill Trott)