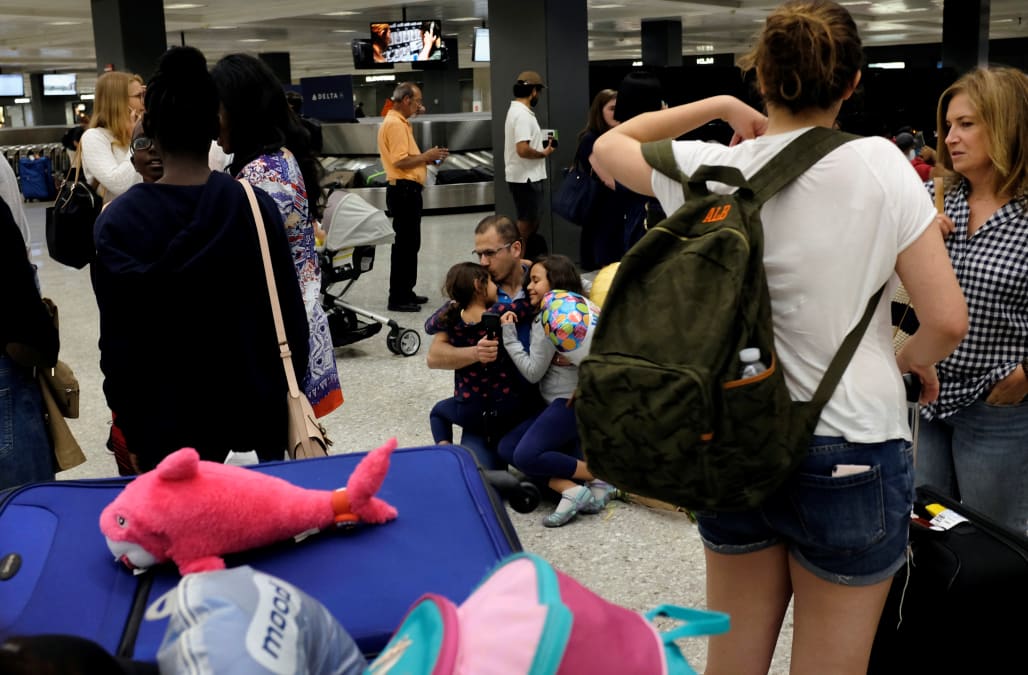 After the US Supreme Court agreed to hear arguments for President Donald Trump's revised travel ban, justices implemented a partial stay and removed the lower courts' injunctions that initially blocked the ban.

Now some people from six majority-Muslim countries will face restrictions on travel to the US.

The Trump administration's revised ban went into effect at 8:00 p.m. ET Thursday, prohibiting people from Iran, Libya, Somalia, Sudan, Syria, and Yemen for 90 days, and almost all refugees for 120 days, unless they were issued a valid visa, or they have a "credible claim of a bona fide relationship with a person or entity in the United States."

Extended-family members like grandparents, grandchildren, aunts, uncles, nieces, nephews, cousins may not claim a "close familial relationship," and therefore not eligible, according to the State Department's website. Fiancés were initially excluded and not considered a close familial relationship, but the department changed course when the ban took effect and allowed the exemption for fiancés as well.

Minutes before the ban went into effect, Hawaii, one of the states where a federal court struck down a version of the travel ban, filed a court challenge to the Trump administration's definition of this relationship, the Associated Press reported.

In response to the Supreme Court's injunction lift, protesters and immigration advocacy groups participated in demonstrations at airports across the US, similar to the ones took place in January after Trump's initial travel ban went into effect.

Here's the developing scenes at airports across the country: Protestors and activists begin gathering at LAX as the #MuslimBan#TravelBan take effect pic.twitter.com/TpVEKJlPBq

2 Somerville woman protest the partially reinstated travel ban. They say they're here at Logan to welcome people to the U.S.#Boston25Newspic.twitter.com/0LJ2zjewFY