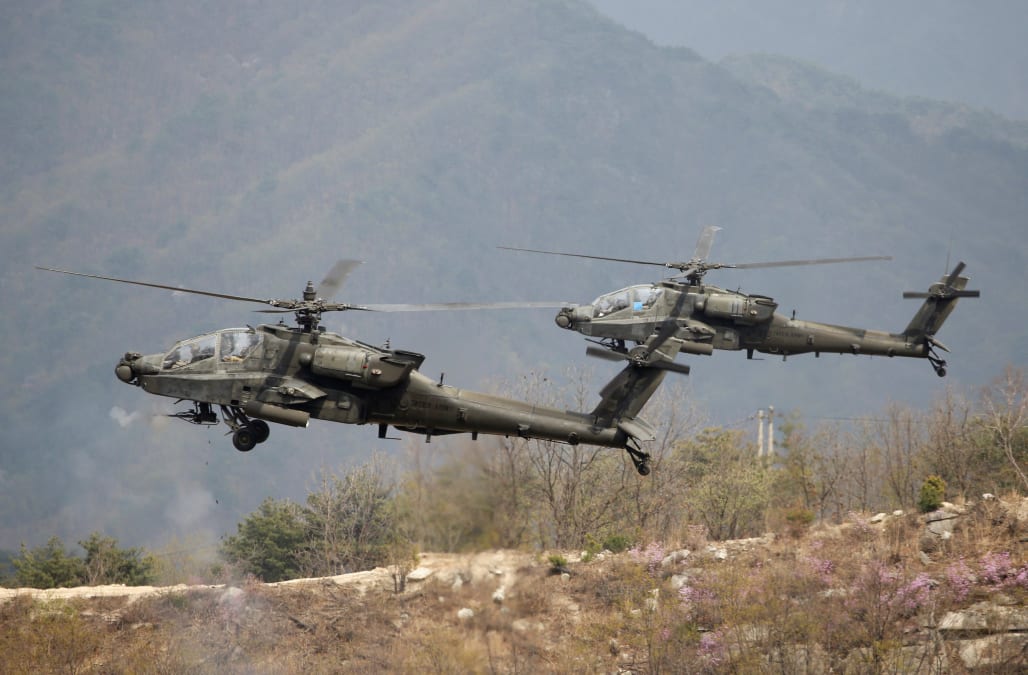 WASHINGTON, June 29 (Reuters) - The United States plans to sell Taiwan $1.42 billion in arms, the first such sale under the administration of Donald Trump and a move sure to anger China, whose help the president has been seeking to rein in North Korea.

Nauert said the sales showed U.S. "support for Taiwan's ability to maintain a sufficient self-defense capability," but there was no change to the United States' long-standing "one China" policy, which recognizes Beijing and not Taipei.

The United States is the sole arms supplier to Taiwan, which China deems its own and has never renounced the use of force to bring the self-ruled island under its control.

Beijing has given Taiwan President Tsai Ing-wen the cold shoulder since she took power last year because she leads an independence-leaning ruling party and refuses to recognize the "one China" policy.

On Friday, Tsai's office said that her government will continue "to seek constructive dialog with Beijing, and promote positive developments in cross-strait relations."

SEE ALSO: If you live in the South, climate change could kill your economy

"(The arms sale) increases Taiwan's confidence and ability to maintain the status quo of peace and stability across the Taiwan Strait," Tsai's office tweeted.

Asked about the sale at an event on Thursday evening in Washington, China's Ambassador Cui Tiankai said the United States was "incorrigible" when it comes to Taiwan, the official party paper the People's Daily reported on its website.

"But we should still continue to instruct (them) and continue advancing on the right track of China-U.S. relations because this is what truly fits with for both countries' long term interests," the paper quoted Cui as saying.

The sale, which requires congressional approval, would be the first to Taiwan under Trump and the first since a $1.83 billion sale that former President Barack Obama announced in December 2015, to China's dismay.

Taiwan's defense ministry said the items would enhance air and sea combat capability and early warning defenses. It said Taiwan and the United States would continue to consolidate their security partnership to contribute to long-term stability in the region.

In a strong sign of congressional support, the Republican chairman of the House Foreign Affairs Committee welcomed what he called the "long-overdue" arms sale.

"Sales of defensive weapons, based on Taiwan's needs, are a key provision of our commitments as laid out by the Taiwan Relations Act and the Six Assurances," said Rep. Ed Royce, referring to legislation and informal guidelines that steer U.S. relations with Taiwan.

U.S. officials said in March the administration was crafting a big arms sale to Taiwan, but such talk died down as Trump sought to persuade Beijing to do more to rein in North Korea's nuclear and missile programs, an increasing threat to the United States.

Earlier on Thursday, China responded angrily and said it had protested to Washington after a U.S. Senate committee approved a bill calling for the resumption of port visits to Taiwan by the U.S. Navy for the first time since the United States adopted a one-China policy in 1979.

China's Foreign Ministry spokesman said the bill was in violation of the principles of U.S.-China relations and called on Washington to halt military drills with and arms sales to Taiwan "to avoid further impairing broadly cooperative China-U.S. relations."

On Thursday, April 6, President Trump ordered an airstrike against Syria, firing 59 Tomahawk missiles at the Shayat airbase. This is was not the first military move of Trump's presidency, but it is certainly a pivotal one given the president's previous stance on intervention in Syria.

On February 18, 2009, Obama made the first substantial military move of his presidency when he announced that the U.S. military presence in Afghanistan would increase with 17,000 new troops by summer. A few days later, he made another military announcement, promising an end to the war in Iraq by August of 2010. Obama later made a speech in December of 2011 (one year later than promised) declaring the end to the war. Perhaps the most memorable military moment of Obama's presidency was the successful mission to capture and kill of Osama bin Laden.

As president, George W. Bush ordered America's entering into a war with Afghanistan on October 7, 2001 -- after the 9/11 terrorist attacks rocked the United States. Throughout the course of his two full terms, Bush would oversee the escalation of wars in both Iraq and Afghanistan.

As president, Bill Clinton oversaw the deployment of military forces in multiple displays of humanitarian intervention -- including sending troops to Somalia, Rwanda and Bosnia, Herzegovina. On June 26, in retaliation to an attempt to assassinate former President George H. W. Bush, the United States bombed Bagdad, Iraq.

Aside from overseeing what both he and then-Soviet leader Mikhail Gorbachev called the "end" of the Cold War, Bush ordered a series of military actions throughout his presidency. On November 8, 1990, Bush increased the number of American troops in Saudi Arabia to 400,000. Most notably, though, Bush oversaw the beginning of the Persian Gulf War in January of 1991 -- which commenced with an American-led air attack on Iraq.

President Reagan oversaw a pivotal moment for U.S.-Middle East relations and ordered the invasion of Grenada to oust Marxists who had overthrown the government -- and to protect U.S. medical students on the Caribbean island.

U.S. officials told Reuters this week that Trump - who alarmed Beijing after assuming office by breaking with decades of precedent and talking to Taiwan's president - was becoming increasingly frustrated with China over its inaction on North Korea and trade.

According to the officials, Trump is now considering trade actions against Beijing, despite having heaped praise on Chinese President Xi Jinping after an April summit.

Also on Thursday, Washington stepped up pressure on Beijing by imposing sanctions on two Chinese citizens and a shipping company for helping North Korea's nuclear and missile programs and accusing a Chinese bank of laundering money for Pyongyang.

More from AOL.com:
Kremlin: Putin, Trump to meet on sidelines of G20 summit
From 1997 to 2017: Hong Kong's transition in pictures
North Korea slams 'America first' policies as 'Nazism in the 21st century'