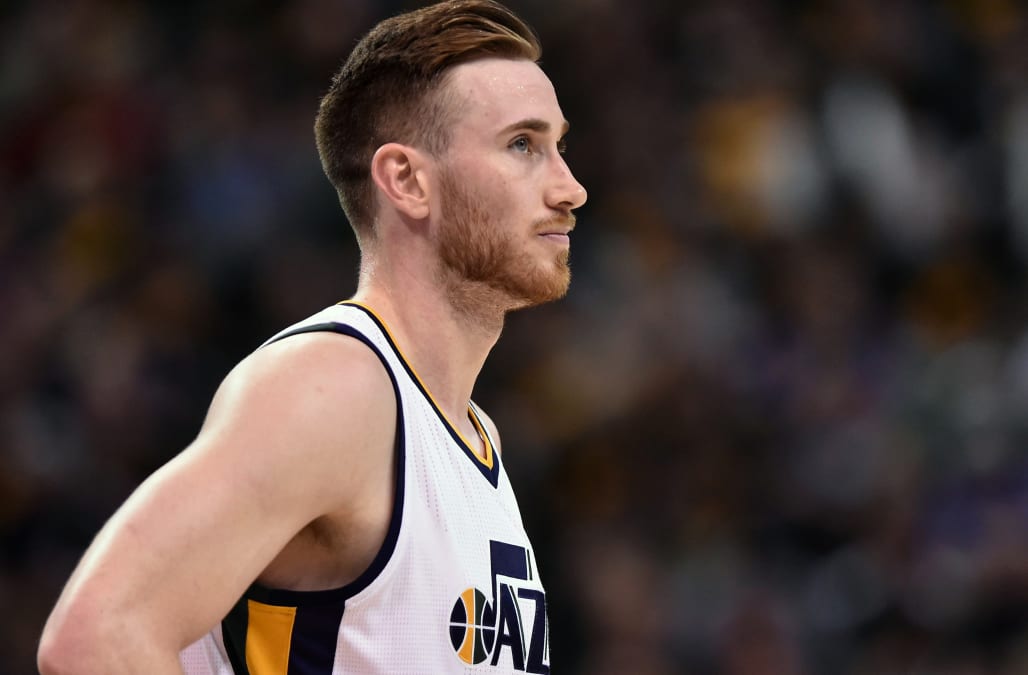 The NBA has taken no time off since the conclusion of the Finals.

And now, free agency is here.

Given the crazy offseason already, this year's free agency, starting midnight July 1, should be wild as teams scramble to assemble a team capable of knocking off the Warriors.

Take a look at the best free agents this offseason and where they could land (based on reports, rumors, and fit).

* notes a restricted free agent, meaning their team can match any contract offer.

One thing to know: Durant is reportedly planning on making a sacrifice to keep the Warriors together, taking less than the full max. so the team doesn't have to renounce Andre Iguodala and Shaun Livingston to re-sign him. He'll likely sign another short-term deal.

One thing to know: After years of being underpaid, Curry is finally a free agent and can reap the rewards with an estimated five-year, $200 million contract the Warriors are reportedly willing to give him.

One thing to know: Hayward may be the big domino the league waits for to fall in free agency. The Jazz are considered the favorites to re-sign him, but the Celtics' promising future, plus his college coach Brad Stevens, remain a real threat.

One thing to know: The Clippers trading Chris Paul is believed to be an opening to re-signing Griffin, though it's no sure thing. When healthy, Griffin is a versatile, all-NBA forward, but injury history is a major concern.

One thing to know: Millsap is a versatile two-way forward who figures to be coveted around the league. He could be the third piece the Rockets add to vie for a championship or the added veteran presence meant to take a young team to a new level.

One thing to know: There are concerns about giving Lowry a full max deal because of his injury history. But while the price may be lower than expected, if he leaves Toronto, plenty of teams will pursue the All-Star point guard who revived the Raptors.

One thing to know: The Jazz and Hill couldn't come to an agreement on an extension during the season. Hill is a potential factor in Hayward staying with the Jazz, but if he leaves, San Antonio, his first team, could be a great fit.

One thing to know: Teague has been a solid starting point guard for several years, but if he leaves the Pacers, it's unclear where he might land in a league without too many desperate teams for an offensive-minded point guard.

One thing to know: Holiday is a solid two-way guard who also has injury concerns. The bet is on the Pelicans to re-sign him for lack of flexibility in replacing him if he walks.

One thing to know: Not only is Iguodala a veteran, versatile, two-way wing who can make any team better immediately, stealing him away from the Warriors may be the best chance at lessening the team. The Warriors are reportedly concerned about matching any huge offers for Iguodala.

One thing to know: Gallinari has said the Nuggets aren't his first choice in free agency, and while his size, shooting, and playmaking should draw a wide range of suitors, his market may be lower than imagined because of injury concerns.

One thing to know: Redick is reportedly leaving the Clippers, but his next location is tough to nail down. Plenty of teams, from contenders to lottery teams, could use his shooting and veteran presence.

One thing to know: Porter had a breakout season in 2016-17 and could be lined up for a max offer. The Wizards reportedly plan on matching any offer he gets.

One thing to know: Noel finally got to shine for a brief moment in Dallas after being traded by the 76ers. The Mavs can match any offer for him and are likely to retain the athletic, defensive-minded center.

One thing to know: Teams could try to pry Caldwell-Pope away from the Pistons with a big offer in hopes of developing the athletic, 24-year-old guard.

One thing to know: Ibaka has slowed down since looking like a future star with the Thunder, but he's still an athletic rim protector who can stretch the floor. He should have a big market.

One thing to know: ESPN's Marc Stein reports the Bucks are optimistic about re-signing Snell at the start of free agency.

One thing to know: Gibson is a tough veteran forward that should draw interest around the league for his rebounding and defense. The Thunder would likely re-sign him for the right price.

One thing to know: The Hawks can match any offer for Hardaway Jr., who has developed into a more steady defender and scorer in two years with Atlanta. He could appeal to several teams for his age (25), scoring, and athleticism.

One thing to know: Rose had moments of looking like his old self with the Knicks, but once again needed knee surgery at the end of the year. Injury history and defense could keep him from getting any huge offers.

One thing to know: Gay tore his Achilles in 2016-17 which may lower his market. But if healthy, he's an athletic forward who could provide a scoring punch to any team he joins.

One thing to know: It's unclear where Evans could end up, but when he's healthy and motivated, he's a unique, multi-position wing who can handle the ball, score, and defend several positions.

One thing to know: Livingston has been an effective reserve guard and wing for the Warriors, who despite a lack of shooting, is a smart playmaker and solid defender. Teams may aim to pry him away from the Warriors.

One thing to know: Ingles was one of the best three-point shooters last season and is also a savvy playmaker and defender. The Jazz can match any offer, but how high will they go with so many other big free agents?9

One thing to know: Randolph turned into a steady, veteran presence off the bench for the Grizzlies last season. He may re-sign, but could be pursued by contenders looking for scoring off the bench.

One thing to know: Nene played well in one year in Houston and could be pursued by contending teams looking for some offensive punch.

One thing to know: Green had a strong 2016-17 season and may have several teams interested because of his length, athleticism, and three-point shooting (37% last season).

One thing to know: Waiters had a strong season with the Heat, playing more efficiently and in control, before getting hurt down the stretch. He reportedly could land between $8-10 million annually, and should receive interest from several teams.

One thing to know: Miles is a career 36% three-point shooter and has made over 140 threes in each of his last three seasons. Teams looking for a steady wing may chase him this summer.

One thing to know: The Bulls can match any offer for Mirotic, but after drafting stretch big man Lauri Markkanen, the streaky-shooting Mirotic could be on the move for a team looking for a stretch big.

One thing to know: Muhammad's growth has stalled a bit in Minnesota, but he could be targeted by some team hoping to develop him and give him a bigger role.

One thing to know: The veteran sharpshooter should draw plenty of interest for contenders looking for some automatic offense.

Now, take a look back at the greatest Olympian's career...

MICHAEL PHELPS: Here's a look at the historic career of the greatest Olympian ever >