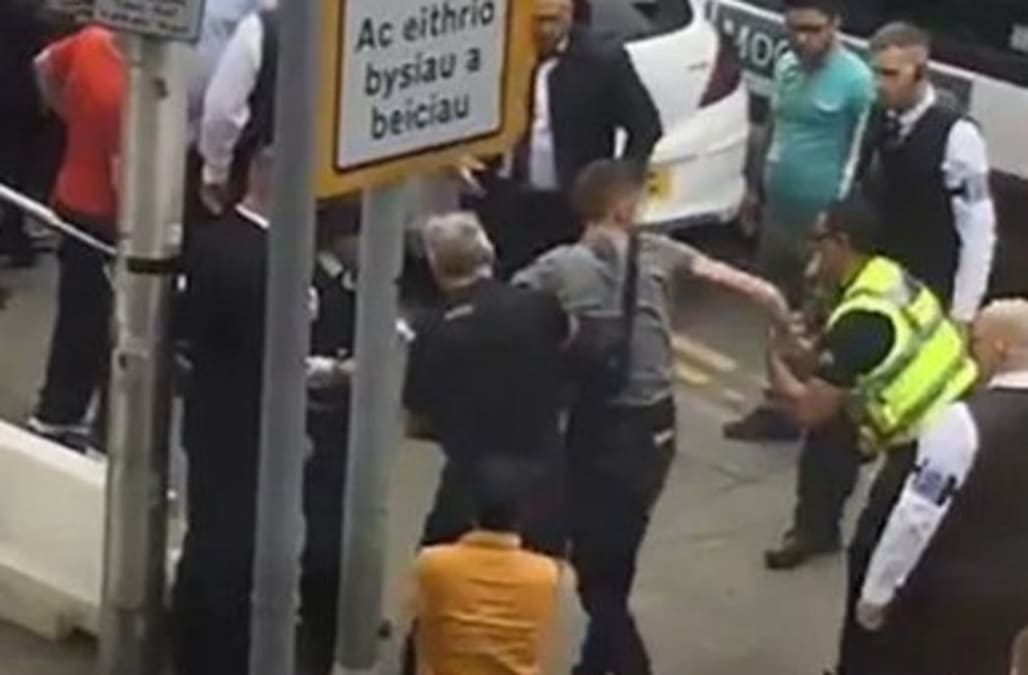 Police arrested two men after an alleged machete incident outside of the venue where Justin Bieber's concert will be held tonight in Cardiff, Wales.

Footage of the incident emerged showing Wales police wrestling a "machete-wielding" man within yards of the Principality Stadium, where thousands of fans had already begun gathering for Bieber's performance.

According to local outlets, officers recovered a foot-long blade from the man after tackling him to the ground on Friday afternoon.

"He was being forcefully dragged to the floor. Then he was rushed away. It all happened in seconds. Security guard jumped into a car."

As of now, the incident has not been confirmed as an act of terror, nor have police been able to link the encounter to Bieber's concert.

A spokeswoman for South Wales Police told Wales Online the two men were arrested following a call of a "motoring dispute."

"South Wales Police were called to a dispute involving motorists on Saunders Road, Cardiff, at approximately 3:05 p.m.," the spokeswoman said.

There are no reports of any injuries at this time.

More from AOL.com:
Woman's body found in locked Walmart bathroom employees assumed to be out of order for days
Mystery of missing scholar who vanished in broad daylight shakes university
First responders in Indiana college town called to 27 overdoses in one week