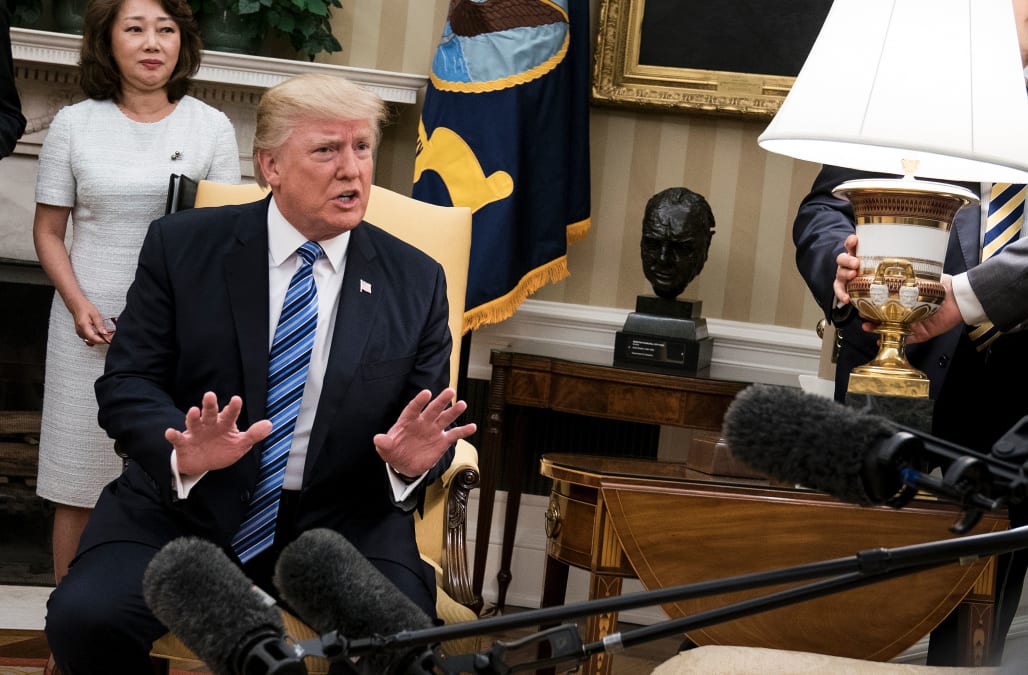 The Rupert Murdoch-owned tabloid instead published a three-word editorial urging the president to stop using Twitter, a day after he slammed the MSNBC co-host for having a "low I.Q."

The chances President Trump will actually stop tweeting seem low. Trump, however, did toy with the idea of slowing down his activity on the social media platform after winning the 2016 election, but ultimately he doubled down saying it's the "only way that I can counteract" the "very dishonest press."

Simple and straight to the point in today's @nypost... pic.twitter.com/IcZd7Cp9RC

Trump even credited Twitter as a major reason for him winning the 2016 presidential election. "I think that maybe I wouldn't be here if it wasn't for Twitter because I get such a fake press, such a dishonest press," Trump said in a FOX News interview in March.

Twitter co-founder Evan Williams even apologized if his creation played a role in sending Trump to the White House. "It's a very bad thing, Twitter's role in that," Williams said. "If it's true that he wouldn't be president if it weren't for Twitter, then yeah, I'm sorry."

While Trump says he might not be president without tweeting, according to a new poll, his continued Twitter use appears to be significantly unpopular with the American people, as 71 percent of voters now say that his tweets are hurting his agenda.

But the numbers do seem to be divided along party lines with 87 percent of Democrats and 75 percent of independents saying Trump's Twitter habit hurt his agenda, with 53 percent of Republicans agreeing.