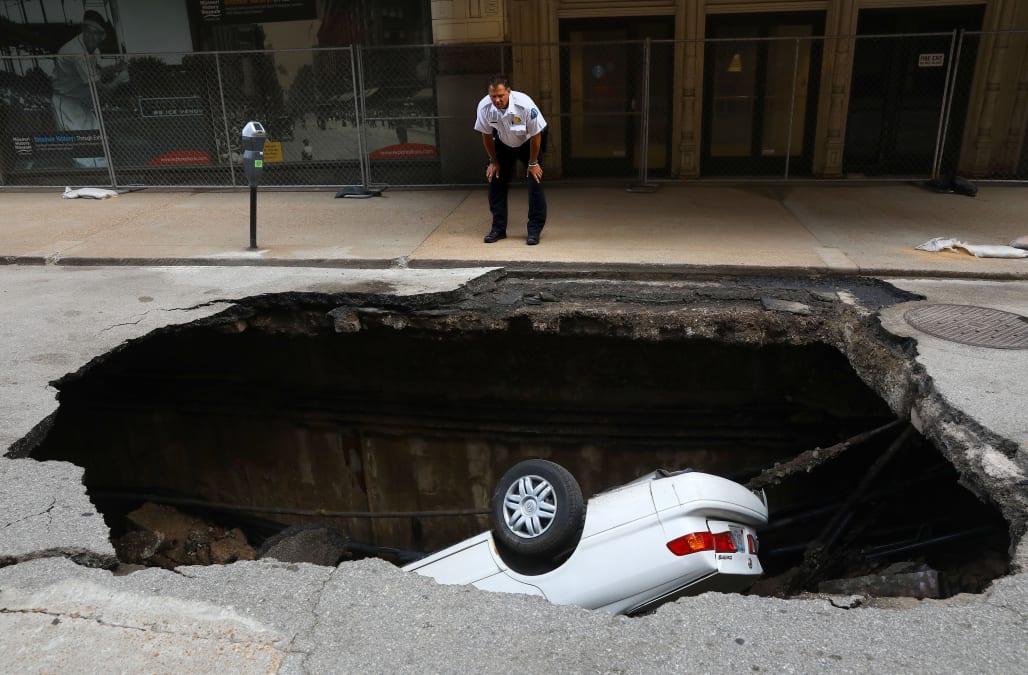 Westerberg and his fiancee were working out at the YMCA and returned to find their car in a sinkhole.

"We knew we parked behind a black Audi and my initial thought was that they towed the car to do some street work, but when we came closer our car was in the hole, you know fifteen feet down," Westerberg said.

The reason for the collapse is still unknown, but Westerberg says there was very little blacktop which may have been a factor.