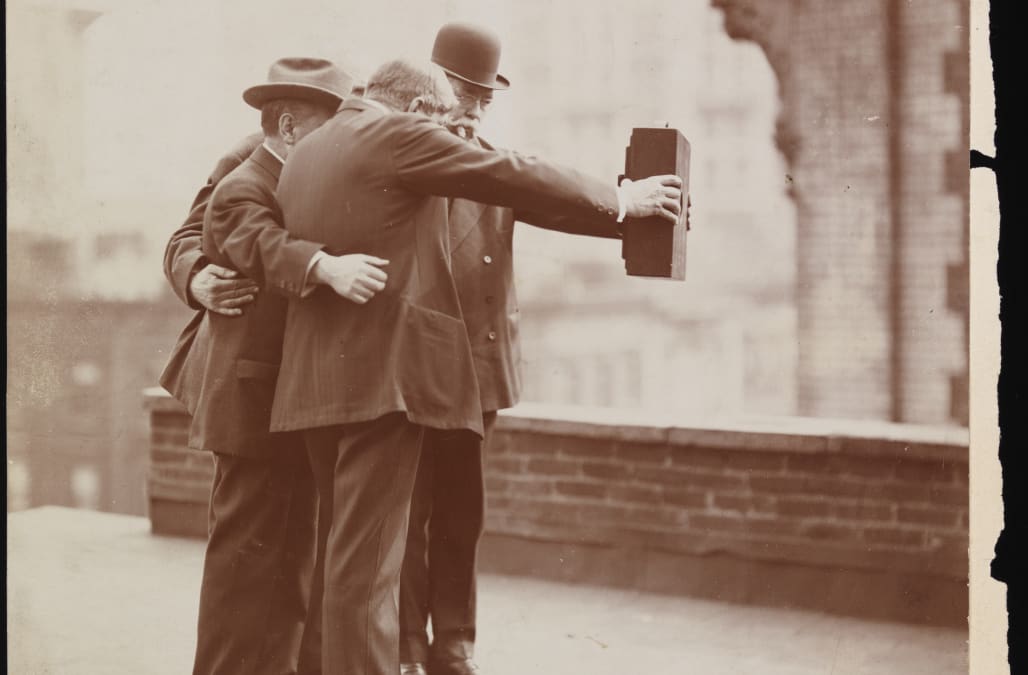 Selfies may have taken over social media over the past few years, but that doesn't mean they're a new thing.

Technically speaking, one of the earliest known photographs of a person also qualifies as the first selfie. In 1839, photography pioneer Robert Cornelius took a photo of himself using the daguerrotype method -- a slow process that allowed him to set up the camera and then run to pose.

Photographer Joseph Byron took the self-portrait to a new level with handheld cameras in 1909.

As photography became more accessible and popular, so did selfies. People began snapping photos of themselves parachuting, on vacation and even at the Academy Awards.

Now, selfies are everywhere. You can rarely open up Instagram, Snapchat or Facebook without seeing a photo a friend snapped of themselves.

Take a look through the gallery below to see how selfies have changed over time:

13 PHOTOS
The evolution of the selfie
See Gallery

The evolution of the selfie

Robert Cornelius's self portrait made in 1839.

(Photo via Robert Cornelius/Library of Congress)