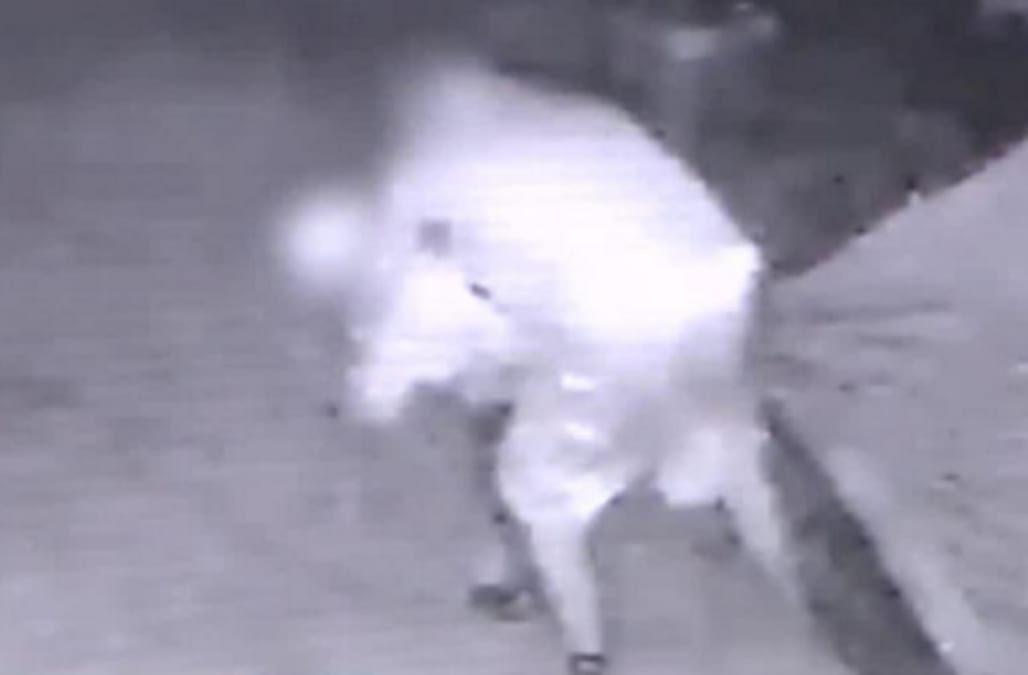 When an Oklahoma father heard that an alleged sexual predator was targeting his teenage daughter, he set up an elaborate sting operation to catch the man before he could harm his child.

Jeremy Dewayne Gibson, 33, allegedly sent inappropriate messages to the 15-year-old girl, and mentioned meeting up to have sex. The teen's father read the messages through a parental control app he set up to monitor her activity, authorities said.

The unidentified man filed a report with the police, but he noticed that the girl and Gibson allegedly made arrangements to meet in "her backyard in a tent" very soon. He told CBS News that he had to act quickly, so he came up with a plan of his own.

With the help of some of the other adults in his family, the man apprehended Gibson as he went toward a tent in the family's backyard. Surveillance footage captured the scene.

"I told [Gibson] that he stepped into the wrong back yard, and he messed with the wrong little girl," he told CBS.

Gibson was charged with one count of using technology to engage in sexual communication with a minor.

He was not harmed when Gibson tackled him, but his hands and feet were zip-tied until authorities arrived to arrest him, police said.

Gibson told the officers he wanted to go into the tent to talk to the child, but police said he was found with a condom, KWTV reported.

The girl's father told CBS News he didn't believe that.

"If I wasn't as involved as I am, I don't know when I would have caught this," he said. "And that scares me... not just for my children and my family but for other children and other families out there."

More from AOL.com:
PETA calls for help in one of the most disturbing cases of animal abuse ever
Church bus driver charged with rape of a child
Texas man who committed weird sex acts with veggies gets life in prison for tampering with evidence