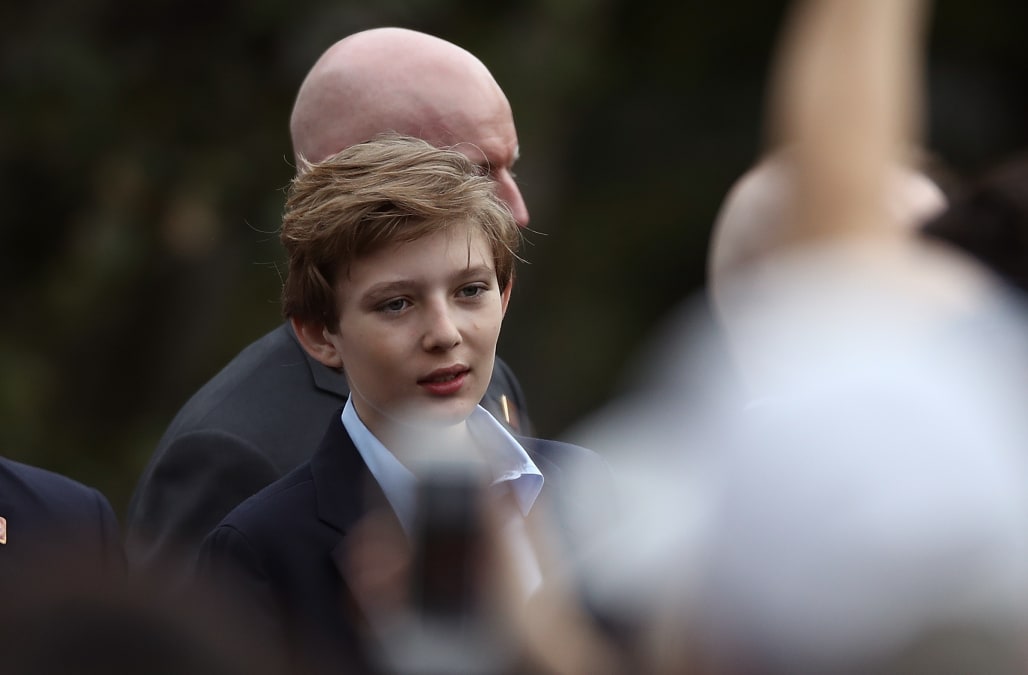 Donald Trump's youngest son, Barron, 11, and his grandchildren are already starting to make memories in the White House.

In an interview with Fox & Friends on Tuesday, Ivanka Trump opened up about her little brother -- who moved into the White House along with his mother earlier this month -- and children's transition into D.C. life.

"Now with Barron here they have so much fun together and they are so young. They're really just kids. So they are just enjoying it," the first daughter told reporters. "They spend a lot of time in the Oval [Office] with their grandfather, which is a lot of fun for them."

The mother of three -- Arabella, Joseph, and Theodore -- continued, "Hearing their laughter chasing after Barron or poor Joseph, his tears because Barron and Arabella don't wait for him and he's three and a half. They'll send him on random chases and distract him and send him off in different directions. They traumatize Joseph a little bit."

Trump said she strives to give her children White House "history lessons everyday in the best possible way" while they play. And although Trump's oldest child, Arabella, 5, may not completely understand what it means for her grandad to be the leader of the free world, she said her little girl is proud of him.

"[Arabella] thinks it's really cool, but she likes to remind him frequently that god is still much more powerful," Ivanka laughed. "She's so proud of him."

Trump said the Arabella's behavior has also began to alter since living in D.C. with grandpa Trump.

"She senses. She's a little bit more well-behaved with him now than she used to be," Trump revealed. "She recognizes how special the position that he's in is and she behaves a little bit better."