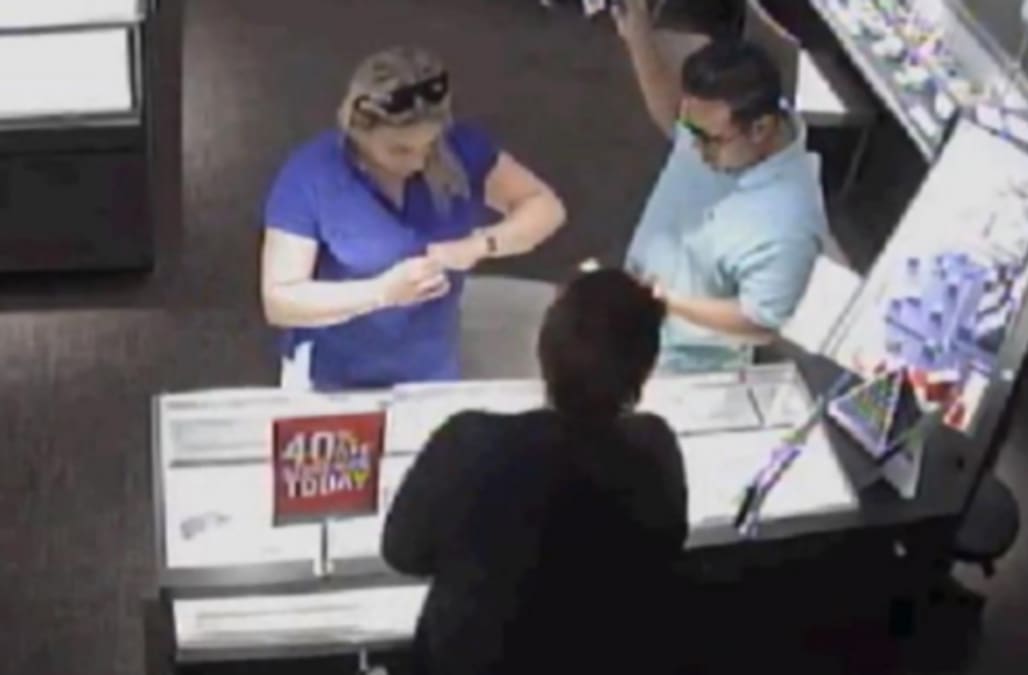 A couple is wanted for allegedly stealing diamond rings after two Oklahoma jewelers said they replaced the real deal with a phony.

Security footage of the smiling couple was posted to YouTube after the Saturday's alleged theft at a Zales Outlet location in Oklahoma City.

"This is video of a classic bait-and-switch," Oklahoma City police officers said in a statement. "The couple in the video made off with a $14,000 ring after looking at it and handing a different ring back to the clerk."

Couple wanted for 3 'bait and switch' ring thefts in the metro and Texas https://t.co/3regg7N2cspic.twitter.com/Q9lPqZnkW9

Cops said the same pair was also caught on security footage at a Lewis Jewelers in Moore earlier in the day. "They did not even change clothes," the store said in a statement.

The jeweler explained that all their sample rings contain real diamonds, although in the gems are commonly replaced with an imitation cubic zirconias.

Read: Couple Arrested After Trying to Sell Baby on Craigslist for $3,000: Cops

"Unfortunately, it also makes us a target for professional thieves," Lewis Jewelers said.

Police are now offering a reward of up to $1,000 and anyone with more information is asked to contact Det. Scott Carpenter at 405-793-5155 or Crime Stoppers of Moore and Cleveland County.

Watch: Return of the Pink Panthers: Notorious Jewel Thieves May Be Behind Kim Kardashian Heist