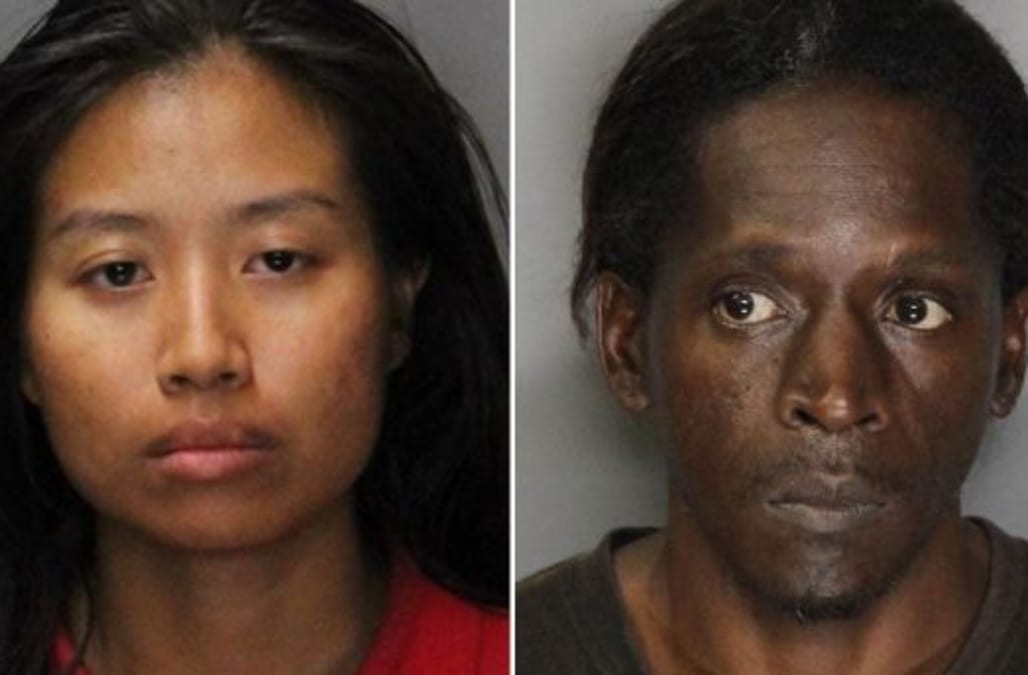 A toddler was found dead on Wednesday after a California Highway Patrol officer noticed a car parked facing the wrong way on the road.

The officer became suspicious of the vehicle and its two adult occupants and did a records check that revealed that one had an outstanding warrant in Arkansas, KTLA reports.

That prompted a search of the car, in which the officer found a 3-year-old girl dead under the blankets in the back seat, police say.

The child's mother, 27-year-old Angela Phakhin, and her boyfriend, 46-year-old Untwan Smith, were arrested for child endangerment and conspiracy, according to the Sacramento County Sheriff's Department.

The toddler, who showed no signs of trauma, was pronounced dead at the scene, KTLA reports.

The exact cause and time of death will be determined by the Sacramento Coroner's Office after a complete autopsy.

Both Phakhin and Smith are being held in custody and will be arraigned on June 30.

More from AOL.com:
Mom arrested for allegedly forcing 14-year-old daughter into marriage
Father charged with murdering 5-year-old son he had reported missing
Two kids die in hot car after mom locks them in as punishment: cops