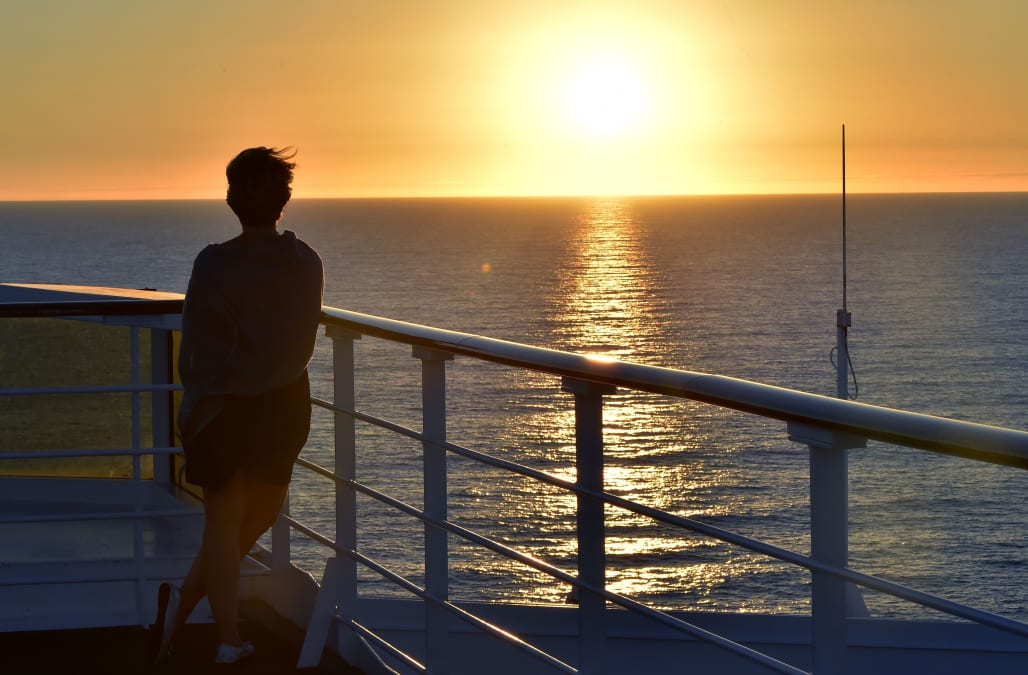 Retired Navy Adm. James Stavridis thinks one of the most "lucrative" targets that terrorists could potentially attack is cruise ships with little in the way of defenses.

Stavridis, who retired from the Navy as the supreme allied commander in Europe, gave the cruise ship example as one of two scenarios that have him "very concerned" in an interview with The Cipher Brief.

Though Stavridis was mostly focused on the emerging sea power on display from Russia and China, he warned that terrorists could someday move weapons of mass destruction on container ships, or attack cruise liners, which typically carry upwards of 5,000 passengers.

"At the end of the day, [North Korean leader] Kim Jong un probably won't launch a ballistic missile at us because we'll know where it came from. But he might try and find a way to put one into a container and move it into Long Beach Harbor," Stavridis, now the dean of the Fletcher School at Tufts University, told The Cipher Brief.

"Secondly, these huge cruise ships are big lucrative targets. They're not very well defended. You could see a USS Cole-style attack on one of them. At the really dark end of the spectrum, you could see terrorists actually trying to infiltrate a cruise and acting on a captive audience at sea."

Stavridis brought to mind the 2000 bombing of the USS Cole, when terrorists drove a small explosive-laden boat into the hull of the ship as it was being refueled in Yemen. The attack killed 17 sailors. And the idea of terrorists infiltrating a cruise has an example on land in the 2008 Mumbai attacks, when just 10 terrorists carried out a coordinated attack over four days.

Such an attack on a cruise ship, with thousands of passengers on a ship with little escape, would be devastating. To counter such a threat, Stavridis said he hoped that the US can work with China and Russia, as it does for counter-piracy operations in East Africa.

"The question is, can we at least do some cooperation against terrorism at sea, the way that we do now, marginally, against piracy at sea?" he asked.

NOW WATCH: There is a secret US government airline that flies out of commercial airports

More from AOL.com:
US unveils enhanced airline security plan to avoid laptop ban
Woman feared for son's life after he passed out on hot airplane: 'The worst moment of my life'
Derailment injures 34 people, halts subway service in Manhattan