Western European nations are uneasy as Trump heads to Poland 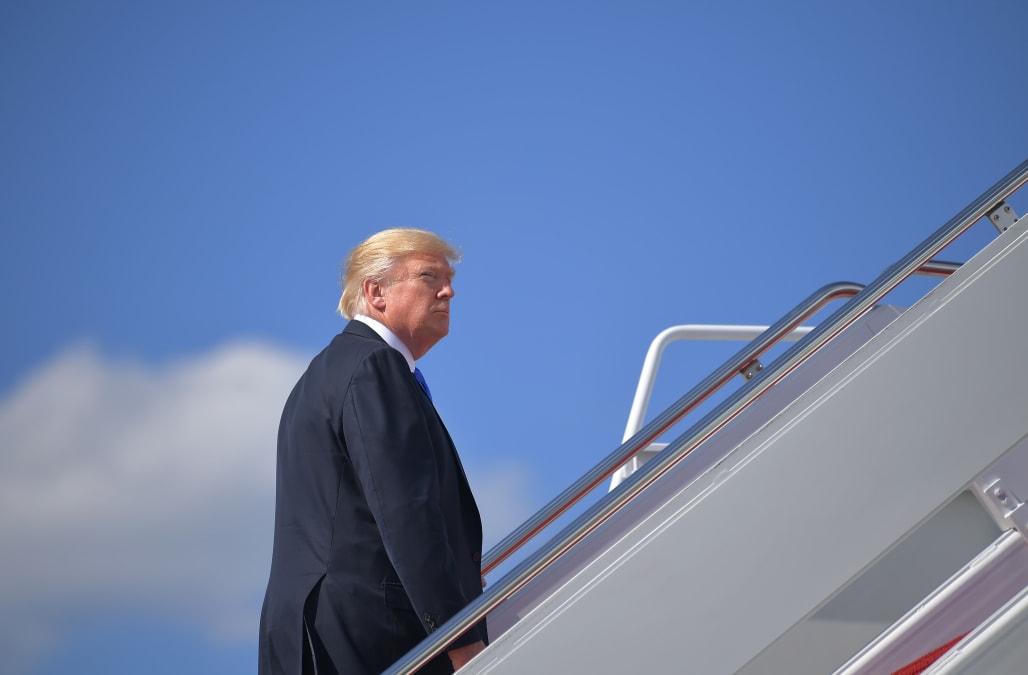 WARSAW, June 29 (Reuters) - A trip to Poland by U.S. President Donald Trump next week may feel like a diplomatic coup for the right-wing government, but western European nations are uneasy it will encourage Warsaw's defiance towards Brussels.

Trump visits Poland for one day - en route to a G20 summit in Hamburg, Germany - to take part in a gathering of leaders from central Europe, Baltic states and the Balkans, an event convened by Poland to bolster regional trade and infrastructure.

Brussels diplomats view the July 6 gathering, dubbed the Three Seas summit because the countries involved border the Baltic, Black and Adriatic seas, as a Polish bid to carve out influence outside the European Union with which the nationalist government has repeatedly clashed.

Most diplomats in Brussels dismiss the importance of the Three Seas project, co-hosted by Croatia, but are wary over Trump's high-profile visit to participate in a project one senior EU official called Poland's push towards "self-ghettoisation."

"One cannot but feel a bit suspicious if it isn't an attempt to break up European unity," another EU diplomat said about the Three Seas project.

Poland's ruling Law and Justice (PiS) party has played a major role in fueling a deepening rift between ex-communist and Western members of the European Union, at a time when the bloc is struggling with the aftermath of Britain's decision to leave.

Since winning a parliamentary election in 2015, the PiS has angered France over a canceled army procurement deal, brought relations with Germany to their worst in nearly a decade, and is facing EU action over what critics call its authoritarian tilt.

Poland is one of the leading voices in the region against migration, a view it shares with Trump alongside a disregard for climate change and suspicion of international bodies.

"A MADNESS OF ELITES"

Underscoring Warsaw's mistrust towards the EU, Prime Minister Beata Szydlo recently called an EU quotas policy for relocation of refugees from the Middle East "a madness of Brussels elites," in a speech in parliament.

Warsaw portrayed the issue as one of fundamental principle, in which vital national interests had been ignored by a Brussels machine dominated by "German diktat." Its crushing defeat showed how far the biggest of the ex-communist states that joined the EU after the Cold War appears isolated, even in Eastern Europe.

Deeply distrustful of Moscow, Poland hopes Trump, who once called NATO "obsolete," will reconfirm his commitment to the alliance's military build-up in eastern Europe, a deterrence policy against Russia, and possibly promise more.

The United States has about 900 troops on Polish soil as part of a rotating NATO contingent in eastern Europe.

But Western diplomats are wary that Trump could use his trip to Warsaw to repeat criticism of Europe's low defense spending, which has irritated many Western leaders.

Trump denounced some NATO members' failure to meet a joint target of two percent of economic output, at a meeting of alliance leaders in Brussels last month. Poland, alongside the United States, is one of the few members who meet the goal.

"We are not sure what Trump's message is going to be ... If he is here to reinforce Washington's commitment to (NATO's mutual defense principle)? Great!," one EU diplomat said.

"What if he makes it conditional, to be based on meeting the ... spending goal? This would cause a lot of damage."

Diplomatic observers who watch Washington say Trump may want to use the trip to deliver a message that he is serious about countering threats from Russia.

"Most of the countries (at the Warsaw summit) see Russia as their main security threat and most strongly support NATO and would like a stronger U.S. force presence in their countries," said Heather Conley, who was a State Department official in the George W. Bush administration.

"GET OUT AND TRAVEL"

Some western European officials view Trump's nod to the Warsaw government as counter-productive at a time when European unity is wavering.

"We encourage Mr Trump to get out and travel as much as he can. He needs to understand Europe and he can do that by getting out and speaking to people, to European leaders," said one European official, who declined to be named.

"(But) he can't do deals with individual countries over the head of the European Union," he said. "In Hamburg, he will hear different arguments, we can clear up anything that has been misconstrued."

Poland has expressed hopes Trump can persuade U.S. business to invest in a network of north-south rail and road links central to the regional initiative, something U.S. diplomats and many economists dismiss as unrealistic.

Much commerce in eastern Europe is done along east-west trade routes rather than between north and south, to a large degree a reflection of German economic dominance.

Some governments in the east may also view Poland's ambitions of regional leadership with suspicion, cautious not to damage relations with trade partners in Berlin.

"We are monitoring it," said a Czech government source. "But we don't put much weight on it at the moment."