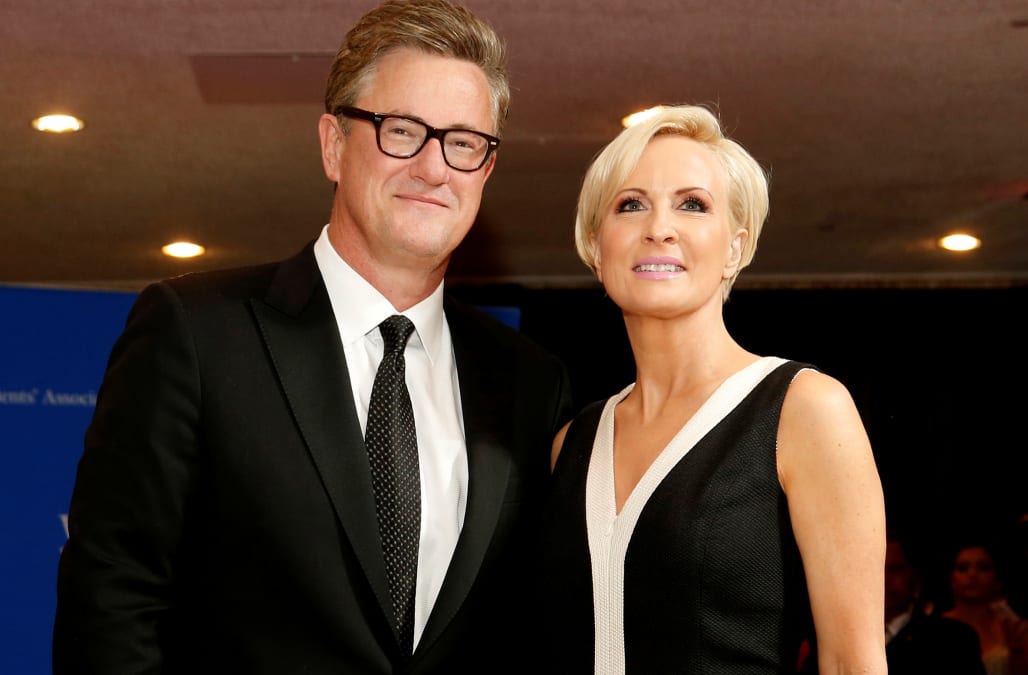 Several hours after President Donald Trump viciously attacked MSNBC host Mika Brzezinski on Twitter on Thursday, claiming Brzezinski was "bleeding badly from a face-lift" during a December visit to Trump's Mar-a-Lago resort, CNN's Brian Stelter posted a photo of Brzezinski from that visit in which she appears to look normal.

Stelter tweeted a close-up photo of Brzezinski's face, writing, "For the record, this is a picture of [Brzezinski] at Mar-a-Lago at the time Trump is claiming she was bleeding badly."

The CNN media reporter did not disclose the source of the photo, but said that people close to Brzezinski's show, "Morning Joe," wanted to disprove Trump's claim.

Responding to a comment on his tweet, Stelter wrote that Trump's tweets were "offensive, but ppl close to 'morning joe' would also like to note that they were factually inaccurate. both."

In his Thursday morning tweets, Trump called Brzezinski "low I.Q. Crazy Mika" and took a shot at her co-host and fiance, Joe Scarborough, calling him a "Psycho."

"I heard poorly rated @Morning_Joe speaks badly of me (don't watch anymore). Then how come low I.Q. Crazy Mika, along with Psycho Joe, came to Mar-a-Lago 3 nights in a row around New Year's Eve, and insisted on joining me," Trump tweeted. "She was bleeding badly from a face-lift. I said no!"

Trump has developed an increasingly contentious relationship with the MSNBC hosts since the spring of 2016, when Brzezinski and Scarborough, who were initially receptive to Trump's candidacy, became more critical of him on-air.

An MSNBC representative responded to the president's tweet in a statement on Thursday morning, saying, "It's a sad day for America when the president spends his time bullying, lying, and spewing petty personal attacks instead of doing his job."

Trump's latest tweets were part of a slew of attacks from the president on media organizations, including The New York Times, The Washington Post, and CNN, this week.