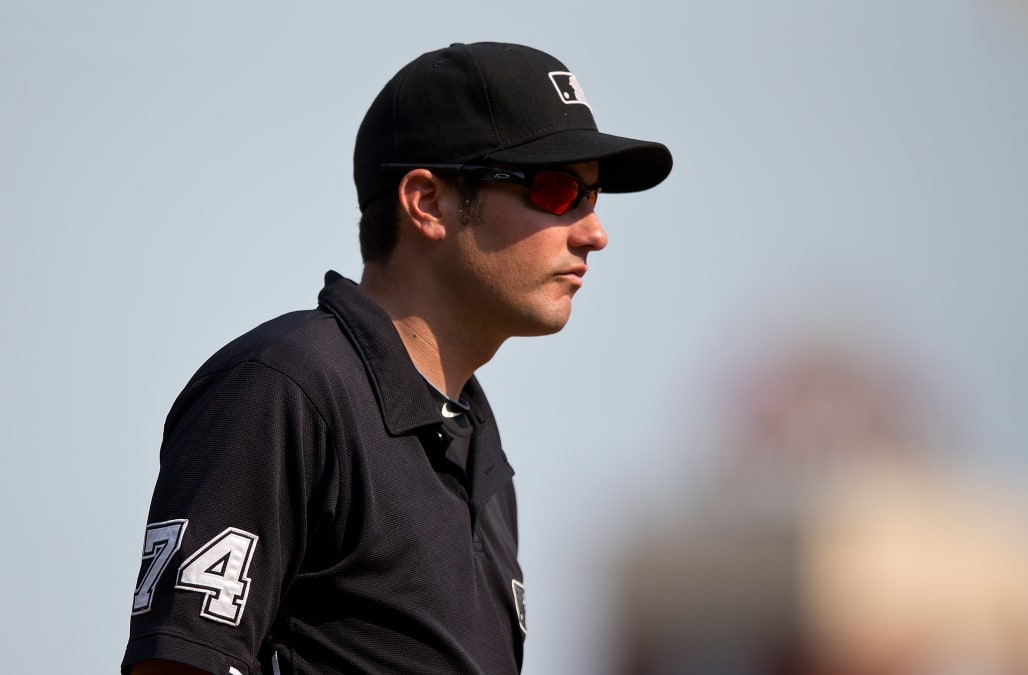 An MLB umpire who was simply in town to work a baseball game this week ended up saving a life.

John Tumpane, an official for the current Pittsburgh Pirates vs. Tampa Bay Rays series, was crossing Pittsburgh's Roberto Clemente Bridge around 3 p.m. on Wednesday when he saw a woman climb over the bridge's railing.

"Obviously, that grabbed my attention," the 34-year-old explained in an interview prior to Wednesday night's game.

The woman reportedly told Tumpane she wanted to get a better view of the city from that side of the bridge, but he could tell something else was going through her mind.

The umpire immediately sprang into action, inviting the woman out to lunch to talk and hooking his arm around hers.

"I'll never forget you," Tumpane told her, after she insisted he wouldn't even remember their interaction. "You can have my promise on that."

As Tumpane silently urged other bystanders to call 911, the woman started to become more emotional, crying and attempting to break from Tumpane's grip, even after he wrapped both of his arms around her back.

Other Good Samaritans ran to assist, grabbing the woman's arms and ankles.

"I was just trying to tell her it was going to be all right," Tumpane said. "There's help."

The woman was taken to a local hospital with non-life threatening injuries after the struggle, according to the Pittsburgh Post-Gazette. Tumpane says he hopes to reconnect with her on Thursday before he leaves the city.

"You never know what somebody's day looks like," Tumpane said. "It's a nice day, everyone's out for a walk, and somebody's not having the same day you're having. I was just glad to help."

If you or someone you know may be struggling with suicidal thoughts or actions, the National Suicide Prevention Hotline is available 24/7 at 1-800-273-8255.