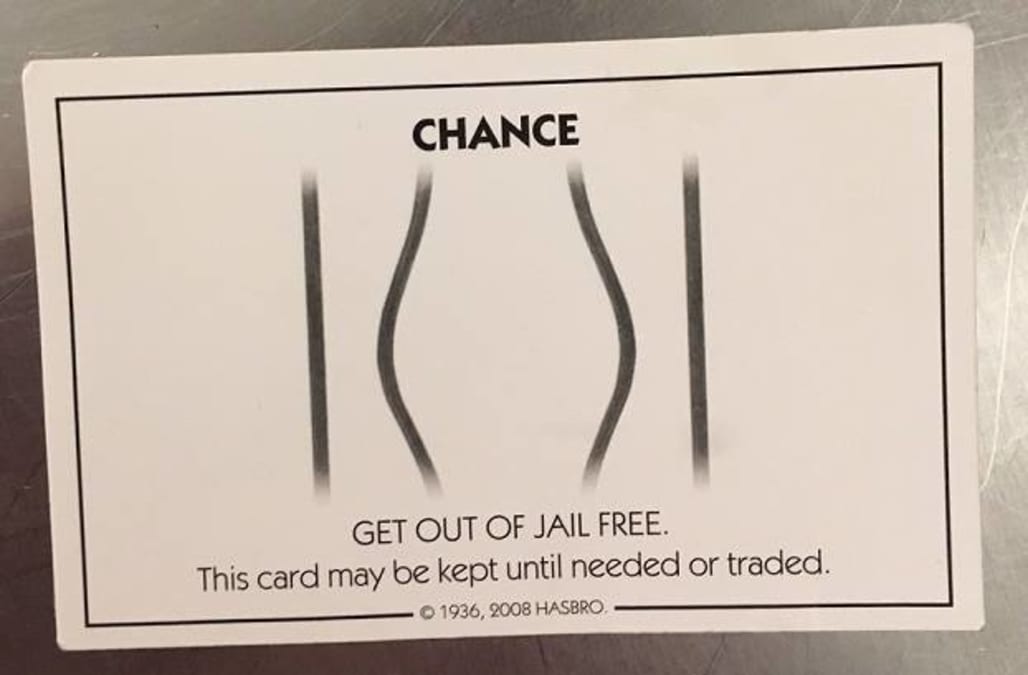 A Minnesota man thought board game tactics would work in real life, but he was mistaken.

The man, wanted on an outstanding warrant, apparently handed a "Get Out of Jail Free" Monopoly card to Dakota County Sheriff's Office authorities.

When Deputy Mike Vai booked him for the controlled substance warrant, he found the card on him -- and he said he keeps it "just in case." Despite his efforts, his bail has been set at $5,000.

The Dakota County Sheriff's Office shared the story, along with a photo of the card, on their Facebook page:

"We appreciate the humor," the post read. "Deputy Vai arrested a gentleman this weekend on an outstanding warrant. He carried this Monopoly card just in case. 'A' for effort!"

More from AOL.com:
Video shows off-duty police officer pinning down teen, threatening his life
North Carolina teen who was missing for a year found in Georgia with a man
Two 'badly decomposed' bodies found inside home