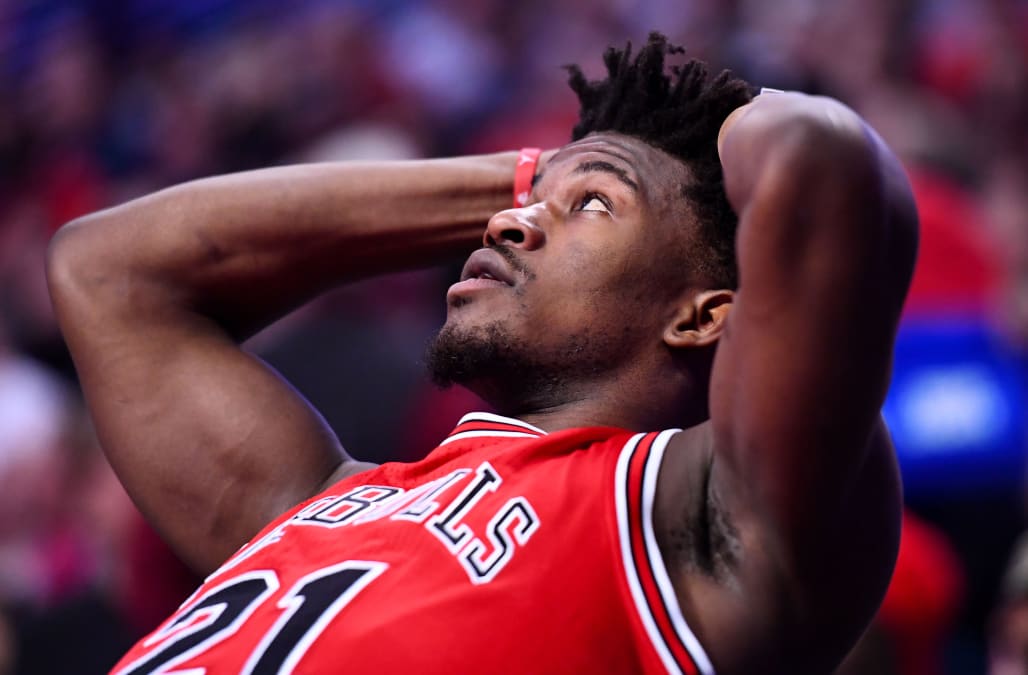 At a press conference on Thursday introducing him as the newest star player to join the Minnesota Timberwolves, Jimmy Butler gave out his personal phone number and encouraged critics to call him directly if they had anything to say to him.

"Everybody's entitled to their opinion. My phone's in my back pocket right now, whoever has anything to say to me feel free," and then listed his phone number off for the assembled press, who would quickly share the information with Twitter at large.

He concluded by saying, "So if you want an interview, there you have it. Please do"

You can watch video of the moment below.

Jimmy Butler: "Everybody's entitled to their opinion. My phone's in my back pocket, whoever has anything to say to me feel free 773 899 6071 pic.twitter.com/qWXDHNr4OL

When Business Insider called the number, we were immediately met with the pre-recorded voice of Jimmy Butler on the other end of the line, asking the caller to leave a message.

While we did not catch all of his outgoing message, Joon Lee, staff writer for Bleacher Report, successfully got through and was able to tape Butler's request for critics to leave a message, which says, "Jimmy Butler. Sorry I couldn't get to the phone, but leave your name and number, and I'll hit you back. If you got any beef, definitely leave a message."

this is the voicemail you get when you call the number jimmy butler gave out at his press conference pic.twitter.com/2pXIBQbRfS

NOW WATCH: WATCH: LeBron James responds after his LA home was vandalized with a racial slur

SEE ALSO: LaVar Ball made his WWE debut and it was just as crazy as you would imagine