Girl, 4, fatally struck by houseboat, father's legs severed as he tried to save her: cops 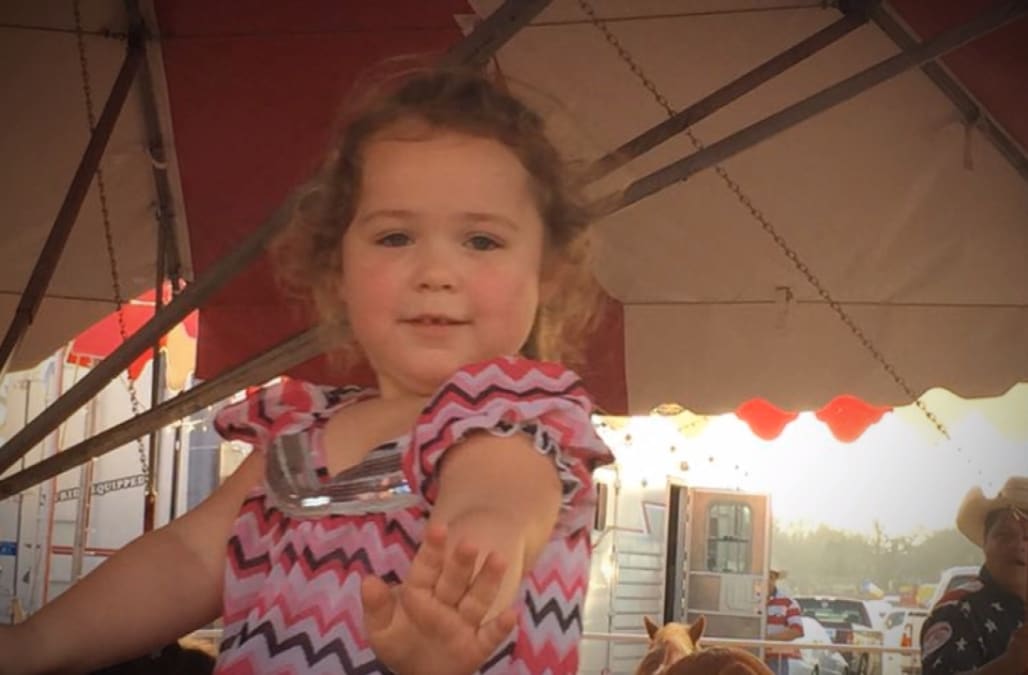 A little girl is dead and her father has been left disfigured after cops say a houseboat ran over them while the pair was swimming in a Texas lake last week.

Kaitlyn Oliver, described by family as a vivacious 4-year-old with boundless love for the family dog, was killed at Temple Lake Park on Friday when cops say Jason Bernal ran over the father and his daughter with his recreational houseboat.

As Kaitlyn's father, Patrick Oliver, tried to save her, his legs became mangled in the boat's propeller, forcing doctors to later amputate them both, KWTX reports.

Girl killed after houseboat runs her over while swimming
Up Next

In a GoFundMe page started to help the grieving parents pay for medical bills and funeral expenses, a family member wrote:

"This innocent child loved her dog, Kion, singing along to Frozen, and cuddling with her family. Kaitlyn was deeply loved by her parents, Patrick and Mary Ann, as well as her grandparents, aunts, uncles, and cousins...

"On behalf of our grieving family, we humbly ask for donations that will be used for Kaitlyn's funeral expenses, as well as for Patrick's recovery...

"At the time of the accident Patrick was in the process of changing jobs and medical insurance had not yet started."

According to an arrest affidavit released Monday, boat driver Bernal, 44, told a Temple police officer that he couldn't see over the vessel as he was backing up.

He said that he yelled "clear" before he put the boat in reverse, according to tdtnews.com.

The area where the girl was swimming is not a designated beach area, according to U.S. Army Corps of Engineers Lake Manager Ronnie Bruggman.

Boaters are permitted to nose up to the shore in all areas except designated beach areas at the lake, Bruggman said.

Watch: Mom of Baby Shot to Death in Dad's Arms Tells Killers: 'You Know What You Did'

Bernal has since posted bond and been released.