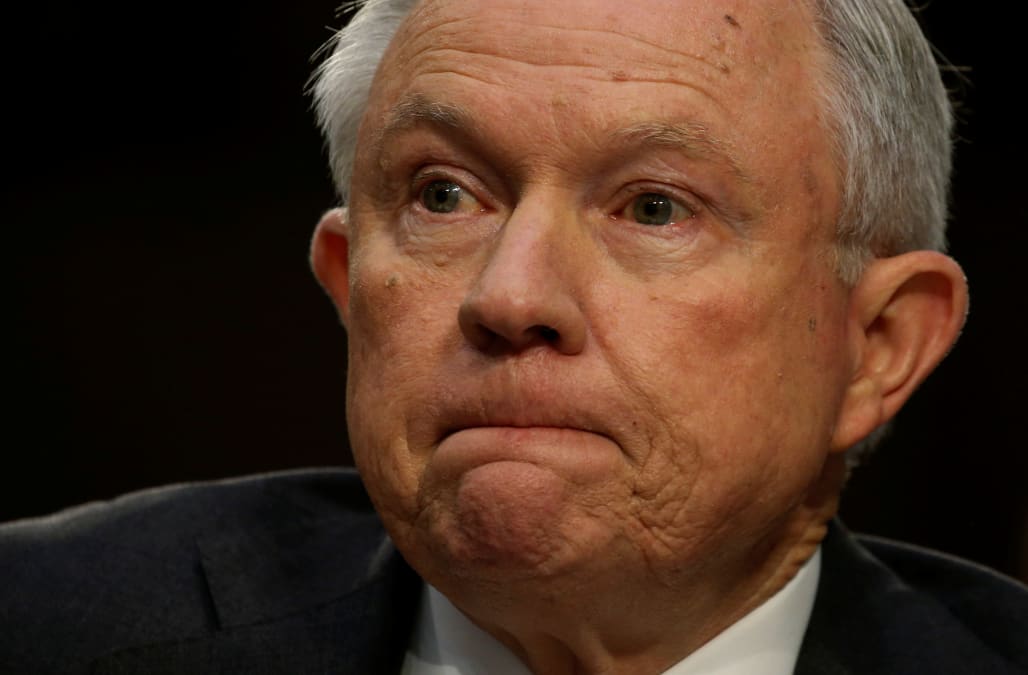 All 34 Democratic members of the House judiciary and oversight committees have asked Inspector General Michael Horowitz to investigate Attorney General Jeff Sessions for allegedly violating his recusal from ongoing investigations into Russia's interference in the 2016 election and the Trump campaign's possible role in it.

A copy of the letter, signed by the 34 lawmakers, was provided to Business Insider.

Democrats said Sessions, who was a prominent surrogate for President Donald Trump's campaign, violated his recusal when he weighed in on Trump's decision to fire James Comey as FBI director in May. Shortly before Trump dismissed Comey, Sessions penned a memo to Trump criticizing what he said were Comey's errors in judgment and following protocol, and recommended a change in leadership at the FBI. Deputy Attorney General Rod Rosenstein also wrote a memo outlining Comey's flaws, and Trump cited both memos in his decision.

Democrats said in their letter that Sessions' involvement reflects a lapse in judgment and a violation of "multiple promises" Sessions and his aides made.

"Since the Department has failed to respond to multiple previous inquiries on this matter — despite promising to do so — we now ask that your office investigate and report back to us with any findings and recommendations you determine are warranted," the letter said.

Lawmakers are not requesting that the Justice Department look into possible criminal wrongdoing on Sessions' part, but examine whether he violated department protocol by participating in the decision to fire Comey.

When Sessions was asked during his Senate confirmation hearing in January if he would recuse himself from any current or future investigations related to the Trump campaign, Sessions replied that he would "review it and try to do the right thing as to whether or not it should stay within the jurisdiction of the Attorney General or not."

In March, The Washington Post reported that Sessions had failed to disclose to the Senate two meetings he had with Russia's ambassador to the US, Sergey Kislyak. The day after the Post published its report, Sessions recused himself from "any existing or future investigations of any matters related in any way to the campaigns for President of the United States."

The letter from House judiciary and oversight Democrats lays out their assertion that Sessions violated his recusal by discussing the Hillary Clinton email investigation with Rosenstein, and by recommending that Trump fire Comey, who was spearheading the FBI's Russia investigation at the time.

Though the White House initially said Comey had been fired because he violated protocol in his management of the Clinton email probe, Trump later told NBC's Lester Holt that "this Russia thing" had been a factor in his decision. It later emerged that he told Russian officials during an Oval Office meeting one day after Comey's dismissal that firing the former FBI director had taken "great pressure" off of him.

Sessions has maintained that he did not violate his recusal.

"The recusal involved one case involved in the Department of Justice and in the FBI," he told the Senate Intelligence Committee on June 13.

That statement appeared to contradict his initial announcement on his recusal, during which he said he would excuse himself from "any existing or future investigations" into the 2016 presidential campaigns.

SEE ALSO: Jeff Sessions hired a lawyer to represent him during the Russia prob