Rand Paul released a list of demands for the Senate health care bill, and it shows why it might be impossible to pass 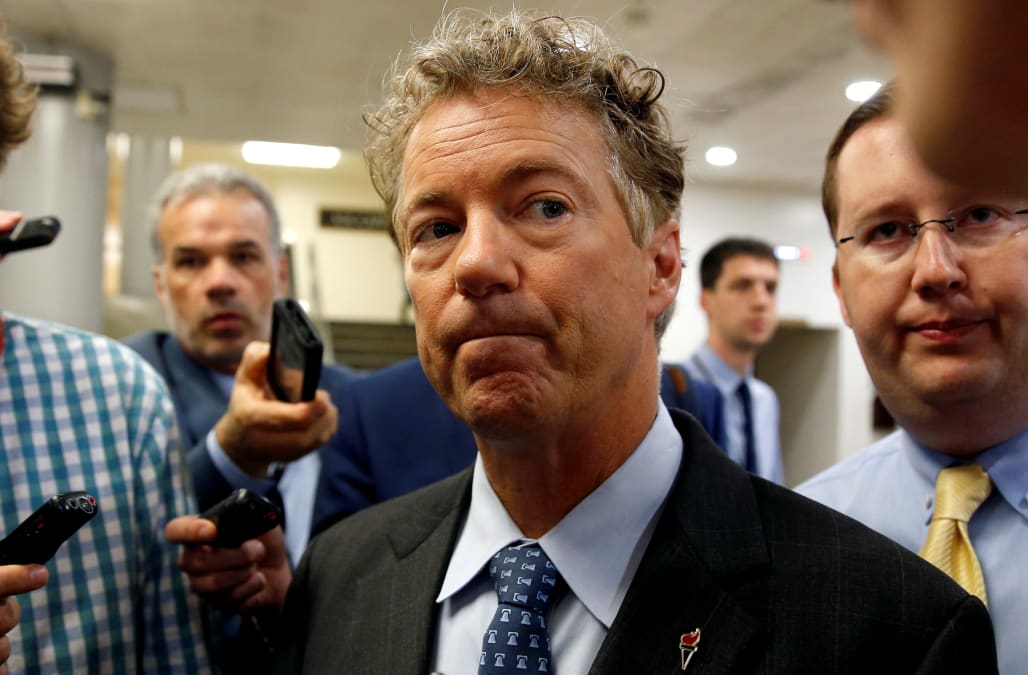 Taken together, they are a prime example of why the bill will be so hard to pass even as leaders try to placate divided factions of the party and amend the legislation by Friday.

Paul announced that he would not support the current Senate bill, the Better Care Reconciliation Act (BCRA), soon after it was released because it did not go far enough in its repeal of Obamacare.

Here's a quick rundown of the four key changes Paul is seeking in the bill:

1. Create association health plans: This would allow groups of people to band together and create their own risk pool to access health insurance coverage. The current bill allows self-employed people to sign onto small business plans — Paul wants this expanded.

2. Reduce spending on "insurance company bail outs": The Senate bill currently includes funding that would help insurers offset costs for low-income Americans in the individual insurance market and a state stability fund that can be used to reduce premiums and expand coverage. Paul said these merely help to grow insurance companies' profits.

3. Eliminate premium tax credits: The current BCRA would give people making between 100% and 350% of the federal poverty line money to buy insurance. In the letter, Paul asked McConnell "to reconsider the advanced, refundable nature of this entitlement."

4. Eliminate the continuous coverage requirement: The BCRA includes a provision that says anyone who goes without insurance for more than 63 consecutive days in a year must wait six months in the following year before they can get access to coverage again. Paul said this constituted another version of Obamacare's individual mandate and asked McConnell to "simply allow insurance companies to impose a waiting period."

Paul's policy goals are consistent with the conservative message he has touted since the release of the House's version of health care reform.

Politically, however, none of the requests are likely tenable if McConnell wants to get the needed 50 votes to pass the BCRA.

More moderate senators, like Dean Heller of Nevada, Susan Collins of Maine, Shelley Moore Capito of West Virginia, and Rob Portman of Ohio have publicly said they would not support the current iteration of the bill because it goes too far in some of its changes to the current health care system. The Medicaid cuts are too deep, and the spending to help people get access to care is not enough, these senators have said.

If McConnell meets Paul's demands, that would likely solidify those four members opposition, killing the bill.

But attempting to pick up the moderate wing also poses a problem. Losing Paul could mean that conservative senators like Mike Lee of Utah, Ted Cruz of Texas, and Ron Johnson of Wisconsin would follow. McConnell can only afford two defections for the bill to pass.

McConnell is reportedly aiming to get a deal done by Friday in order to get a vote on the revised bill as soon as the Senate returns from its week-long July 4 recess.

More from Business Insider:
'Trump doesn't bring us any votes': Trump appears to be losing influence on healthcare
'What you feel isn't relevant': Sen. Angus King grills intel leaders on whether Trump tried to influence them
New York's subway system is falling apart — and furious passengers are blaming Cuomo