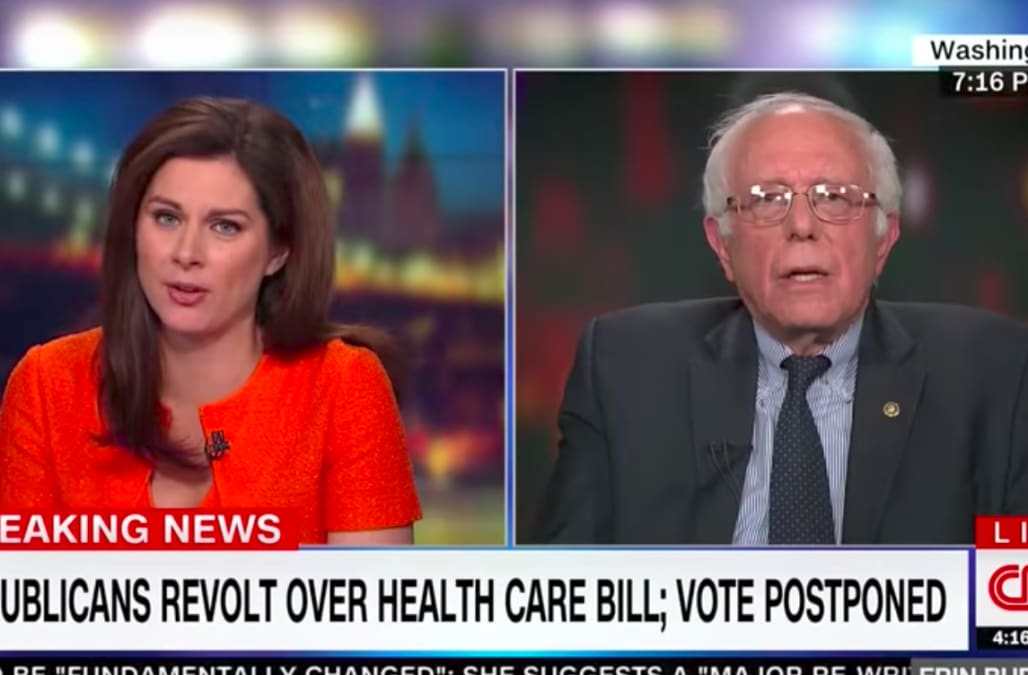 Bernie Sanders had terse words for federal investigators looking into his wife as part of a fraud inquiry related to her tenure as president of a small Vermont liberal-arts college.

The FBI is investigating allegations that Jane Sanders made fraudulent claims and promises while seeking $10 million in financing for a real estate deal on behalf of Burlington College, a now-defunct school of which she was president.

Sanders called the FBI's investigation of his wife "pretty pathetic."

"My wife is about the most honest person I know," Sanders told CNN's Erin Burnett on Tuesday. "All that I will tell you now is it's a sad state of affairs in America when not only we have politicians being destroyed ... but when you go after people's wives. That's pretty pathetic."

See photos of Sanders and his wife

The investigation follows a complaint filed in 2016 by then-candidate Donald Trump's Vermont campaign chairman, Brady Toensing, who also accused Sanders, the Vermont senator, of using his office to pressure a bank to approve the loan, the Associated Press reported. The newswire service said Toensing has previously filed complaints against Democrats and members of Vermont's Progressive Party. Sen. Sanders called the allegations "politically motivated."

Sanders' remarks on Tuesday were his first public comments on the investigation. Jane Sanders has hired an attorney to protect her interests in the matter, a family spokesperson said.