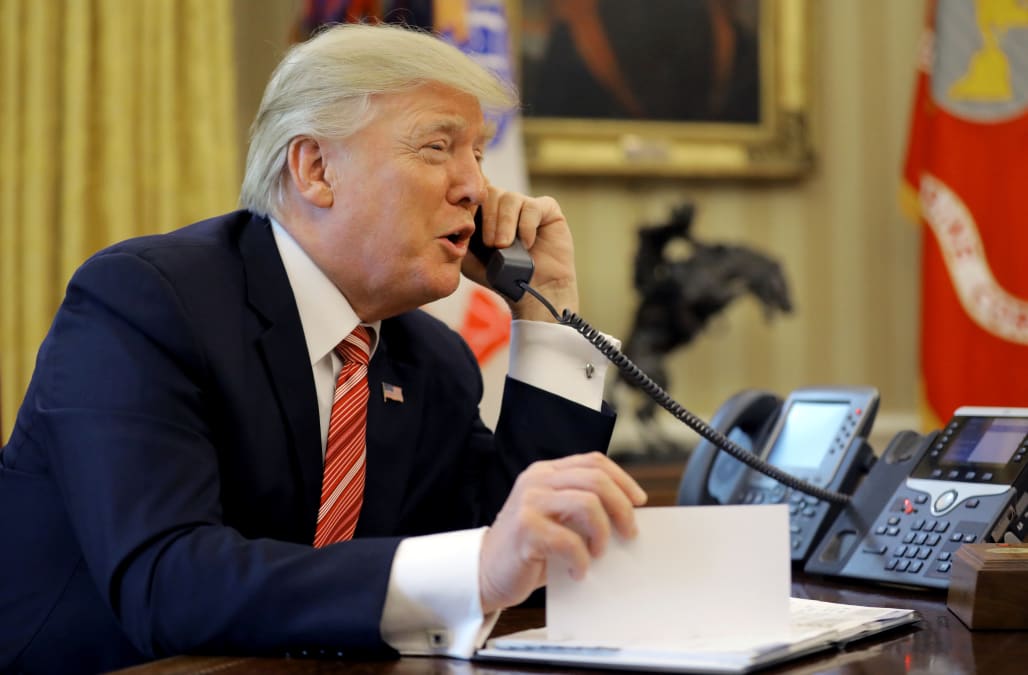 President Donald Trump complimented a female journalist on her smile during a phone call with the new Irish prime minister, Leo Varadkar.

However, the comment did not go over too well on social media.

During the call, Trump said, "She has a nice smile on her face. So I bet she treats you well."

The journalist, Caitriona Perry, has been a Washington Correspondent since 2014 for Irish State broadcaster RTE.

One Twitter user said, "Poor you Caitriona-- you handled it with grace."

However, Perry could be heard laughing after the remark.

According to The Hill, Trump has also been involved in some interesting exchanges with other women journalists like Megyn Kelley and Katy Tur, whom he has referred to as "Little Katy"

Trump says he was calling Varadkar to congratulate him on his recent win.

He also recognized the Irish American community's impact in the United States.