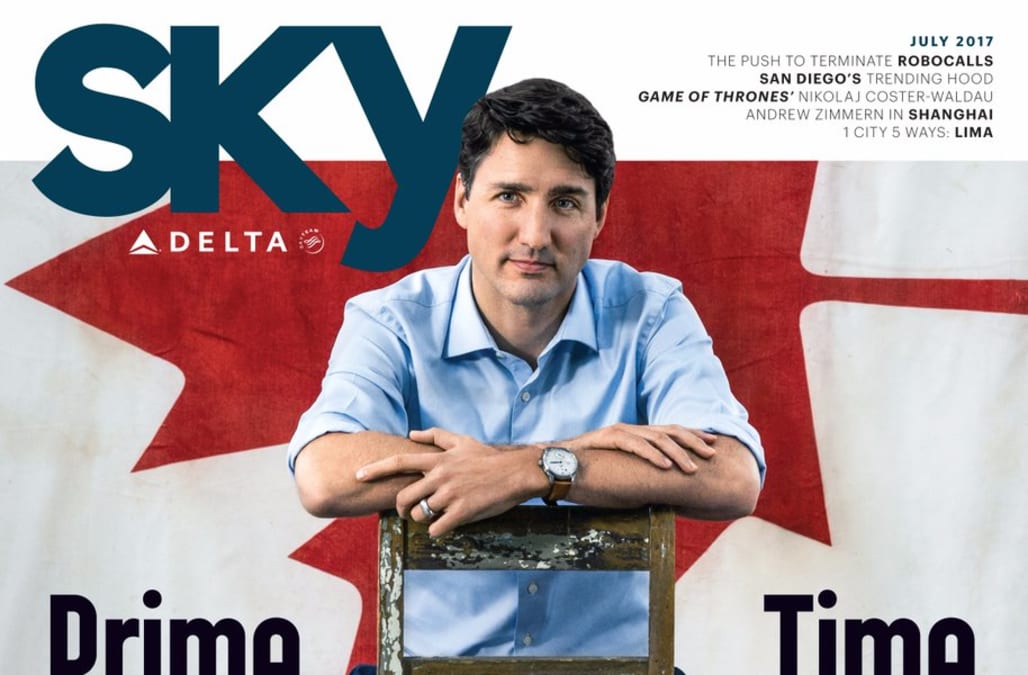 No doubt Justin Trudeau is a hunky politician, so why not put that to good use with the occasional magazine cover?

Of course, the Delta in flight magazine, "Sky," is kind of a surprise.

The cover photo features Trudeau sitting backwards on an old wooden chair. He's got on some cool purple striped socks and the story tease is typed right under his legs.

The article is about a fare sale and the 150th year anniversary of Canada, but Twitter didn't seem to care about that.

There was the obvious comparison to 90's heartthrob Slater.

Some wondered what he might be thinking: "Don't call me Mr. Trudeau, call me Justin. Or J-Dog."

Mainly, the cover worked wonders on readers: "How did delta know the only way to get me to read its in flight magazine is to show me a pic of Justin Trudeau sitting backwards on a chair"

If Delta had wanted to make people really happy they would have done this photo shoot on the beach!

RELATED: Justin Trudeau through the years