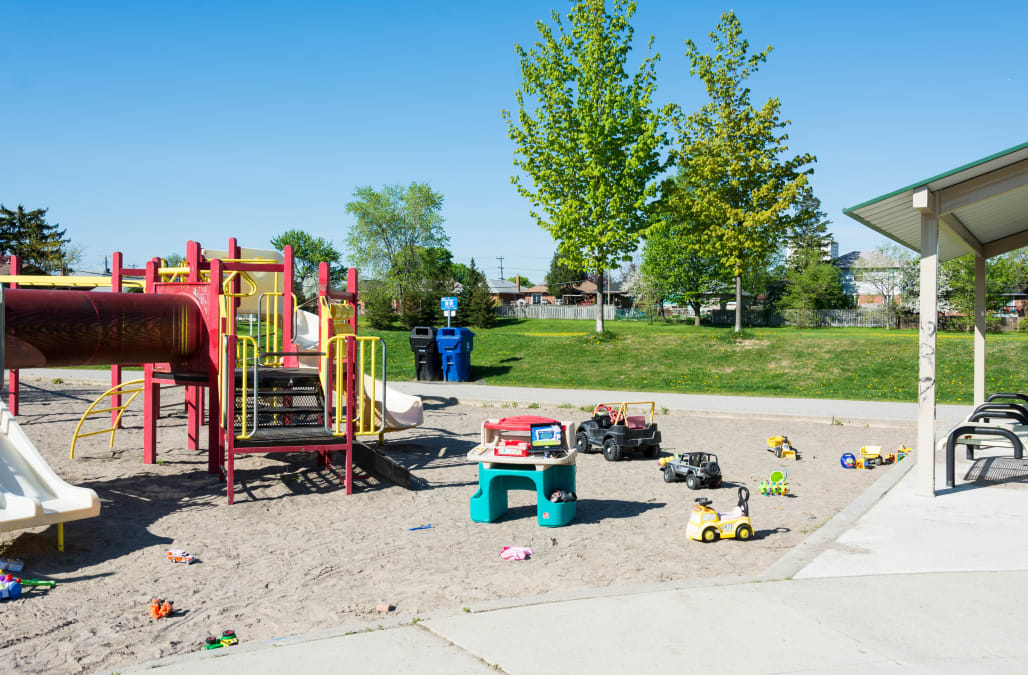 A Good Samaritan was mistaken for a kidnapper — and beaten by the parents — in a Florida park after trying to help a lost toddler, police said.

The 2-year-old had become separated from her folks during a softball game on Saturday at Southwest Sports Complex in Lakeland, and was spotted by a man at the park with his friends, according to a police incident report published Sunday.

Believing she was lost, the man asked the child where her parents were and walked around the premises with her in hopes she could point them out.

But when the child's father was alerted by bystanders that his daughter was being led away by a stranger, the well-intentioned act was mistaken for a kidnapping attempt.

"I saw this man with my daughter in his hands walking toward the parking lot. What would you do?" the father told NBC affiliate WFLA in a phone interview. "I wanted to kill him!"

Thinking they were stopping a crime, the father and two friends approached the stranger: As his friends took the toddler away, the father punched the good Samaritan "probably five or six times," he told WFLA.

"I thought he was trying to take my daughter," the protective dad told the station.

In a 911 call released to the media, the mother also admits to hitting the man who was with her daughter, and says she did not immediately believe that the incident was simply a misunderstanding.

Lakeland Police, on the other hand, said they were confident that the man was just trying to help the girl.

"An independent witness who didn't know the family or anybody said they saw him pointing out different males saying 'is that your father?'" Lakeland Police Sgt. Gary Gross said in an interview with WFLA.

Police also said the good Samaritan had no prior criminal history and that they were able to verify that he had been at the park with friends.

"It's understandable how parents can possibly be upset in a situation involving a lost child. However, this incident truly involved a good Samaritan trying to assist a lost child finding their parents," the police report read.

Despite the man's innocence, several posts were published on social media defaming his character. Family and friends of the toddler posted the man's name, photo, and place of employment online, calling him a "child predator."

No charges have been filed against the parents.

When contacted by WFLA, the good Samaritan declined to comment, citing safety concerns and telling reporters he'd left town with his family.

"This guy is a father, a local businessman, has two children, was trying to help this child but they turned it completely around," Gross told the station, "And that's not right."

Still, when asked whether he believed the man's innocence, the child's father said no.