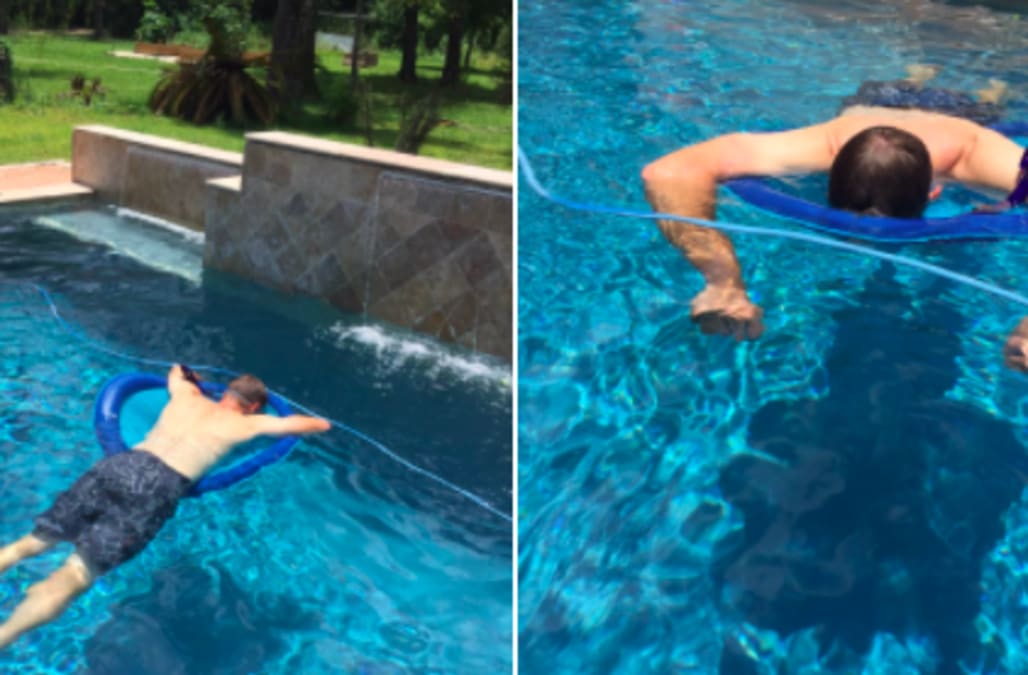 Leave it to a dad to find a new way to take nap.

Skyler Nitschke from Louisiana captured her dad doing something a little strange recently, and it's either incredibly inventive, super dangerous, or a mixture of both.

SEE ALSO: Serious warning: don't bring bae to the pool if Uncle Pat is around

My dad bought a snorkel for the sole purpose of taking naps in the pool pic.twitter.com/OhVJNVbfvS

According to Skyler, her father "bought a snorkel for the sole purpose of taking naps in the pool." She snapped a few photos of her dad, face down in the pool, with a snorkel in his mouth, floating on a pool noodle.

In an interview with BuzzFeed, Skyler says her father, Dan, is "not like a regular dad," and also described him as "very creative."

Twitter loved it, and some were also incredibly concerned for her father.

Skyler assured BuzzFeed that her father was definitely sleeping in the photos and says he dreamed up the idea after getting tired of sleeping face up.

You gotta get that even tan somehow.

Mashable reached out to Skyler for comments and information, and we'll update this post if we hear back.

WATCH: How 'The Walking Dead' show left the original comic behind