Woman feared for son's life after he passed out on hot airplane: 'The worst moment of my life' 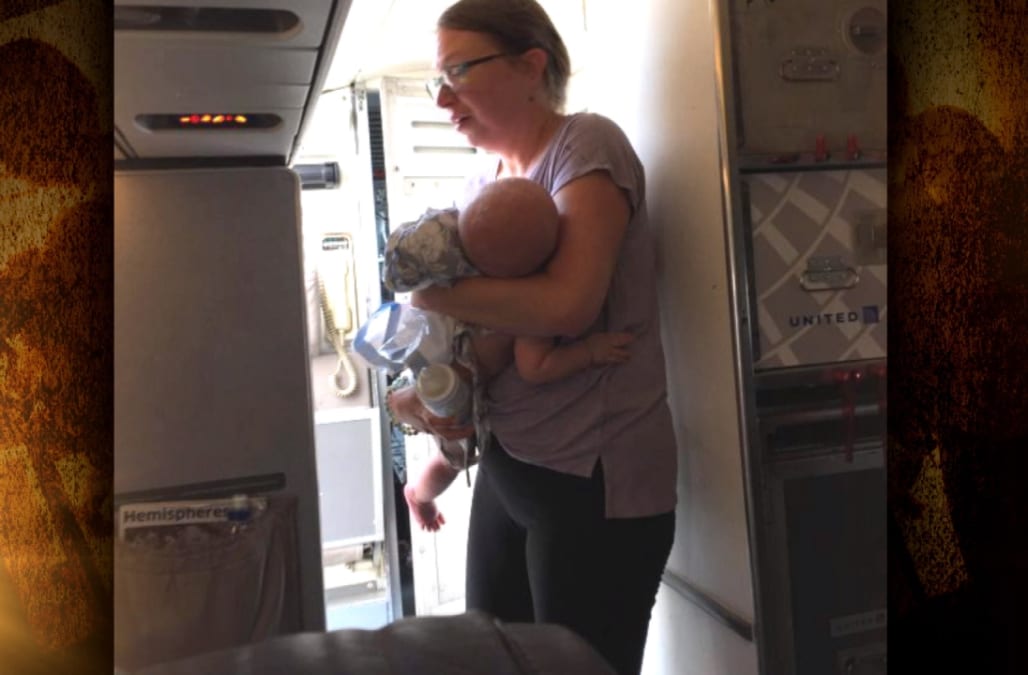 A mom was photographed cradling her heat-stricken baby while trapped on what she's calling an unbearably hot airplane.

Read: Honeymooning Couple Alerts United Staff to Problem With Plane, Says They Were Forced to Sleep on Terminal Floor

Now, mom Emily France is furious at the way the United Airlines handled the medical crisis.

The 39-year-old mother and her 4-month-old son, Owen, were flying from Denver to El Paso, Texas, to join her husband, who is an astrophysicist.

Denver, which was in the middle a heat wave at the time, was reporting temperatures in the 90s at the airport.

Crew members allowed her and the baby to leave the aircraft for 20 minutes. When they were called back for takeoff, the plane was delayed again. This time, she claims she was not allowed off the plane, which was delayed again with passengers on the tarmac.

In total, she says she was on the hot plane for two hours.

The flight crew showed concern when they allowed her to stand with her baby at the open door of the plane. They also brought over bags of ice.

Suddenly, she says, "his whole body flashed red and his eyes rolled back in his head and he was screaming and then he went limp in my arms. It was the worst moment of my life. I really thought my son was going to die in my arms."

The crew called for an ambulance and Owen was rushed to the hospital.

Read: Did United Airlines CEO Get Preferential Treatment When He Received Heart Transplant?

"This should have never happened and they are profoundly sorry," United said in a statement to Inside Edition.

They added they are working "to prevent this from happening again."

They also note "medical care was provided to the child within 16 minutes of the captain's call for paramedics."

Owen has returned home and is now recovering.

Watch: Pilot Tells Passengers to 'Pray' During Shaky Flight That Was 'Like Being in a Washing Machine'