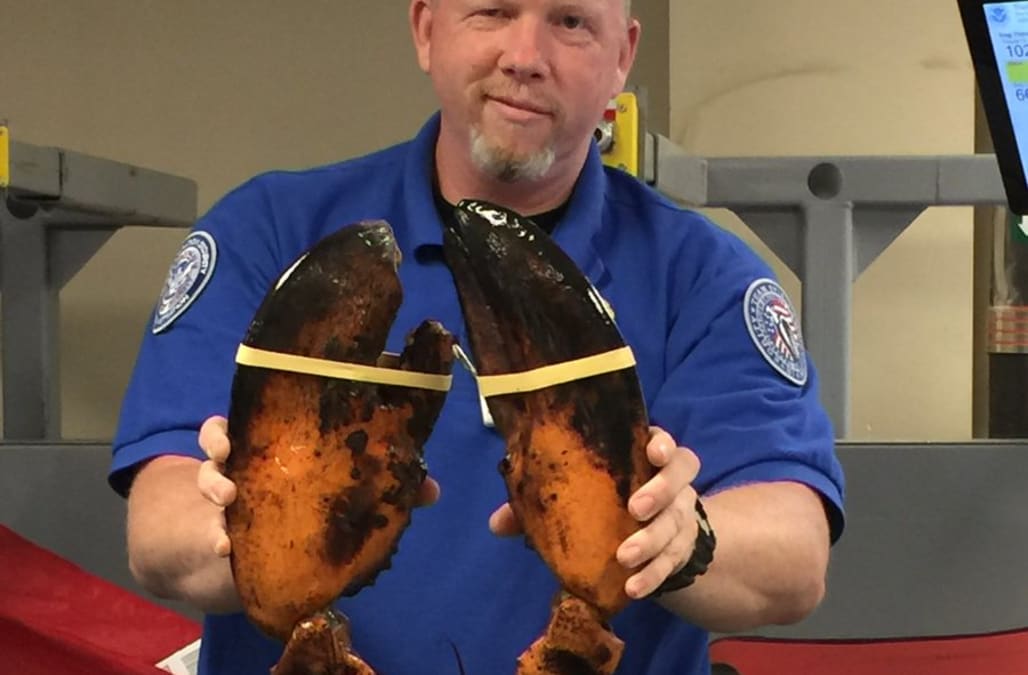 A 20-pound lobster was spotted by the Transportation Security Administration in someone's luggage at Boston's Logan International Airport.

TSA spokesman Michael McCarthy shared a photo of the crustation on Twitter, which received over 1,000 likes and retweets:

According to McCarthy, the lobster was being transported safely and was able to go through security:

The TSA website says that live lobsters are allowed to pass through as long as it's in a "clear, plastic, spill proof container."

The Associated Press reported that the lobster is the largest McCarthy has seen and "cooperated quite nicely with the screening process."

More from AOL.com:
TSA considers forcing you to take books out of your carry-on luggage
New mom says TSA officers dumped her breast milk at Denver airport
Elon Musk had a 'promising' conversation about tunnels with Los Angeles mayor