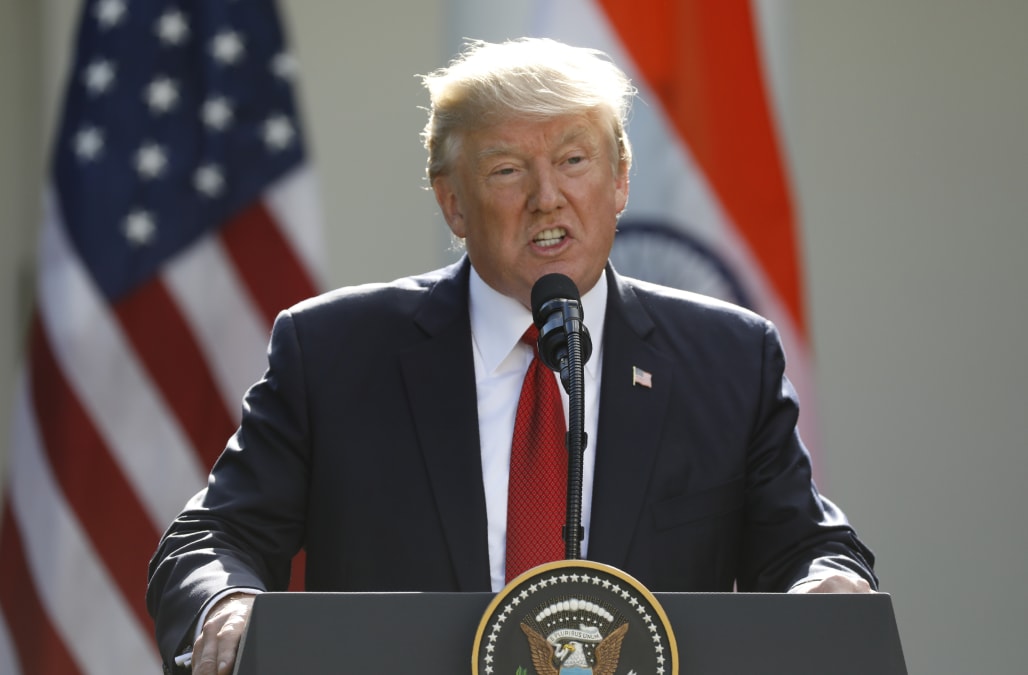 The Washington Post has called President Donald Trump out for displaying a fake Time magazine cover of himself at several of his golf courses.

The media outlet also points out that there appears to be stylistic inconsistencies -- with the page border, placement of secondary headlines, and punctuation -- between that cover and Time's typical issues.

A representative for the publication confirmed that Trump's version was inauthentic, and Washington Post journalist David Fahrenthold reported that the publication asked the president on Tuesday to remove the covers.

UPDATE: @time has asked the @realdonaldtrump's businesses to remove the phony magazine covers from their walls. https://t.co/beJXOTrevb

Sarah Huckabee Sanders, an administration spokesperson declined to engage in the matter, saying in an email to the Post, "We couldn't comment on the decor at Trump Golf clubs one way or another."

It is unknown why or how the fake cover was made, but, according to the Time website, Trump or his likeness has been featured on 14 past issues including one from 1989 and another where he is named the magazine's 2016 'Person of the Year.'

The count does not, however, include a controversial cover from last month which shows the White House morphing into Moscow's St. Basil's Cathedral.

According to a Business Insider report from February, Trump has "long had a love-hate relationship with Time, keeping stacks of magazines with him on the cover on his desk in New York for years — a habit he continued at the White House."

He told People magazine last year, "Look at that picture of me on Time. It's a movement! Isn't that an amazing picture? It's been a lot of fun."

However, he is also said to have expressed displeasure with the publication including complaining about not being Time's Person of the Year in 2015 as well as being unhappy with a cover from February that features his chief strategist Steve Bannon.