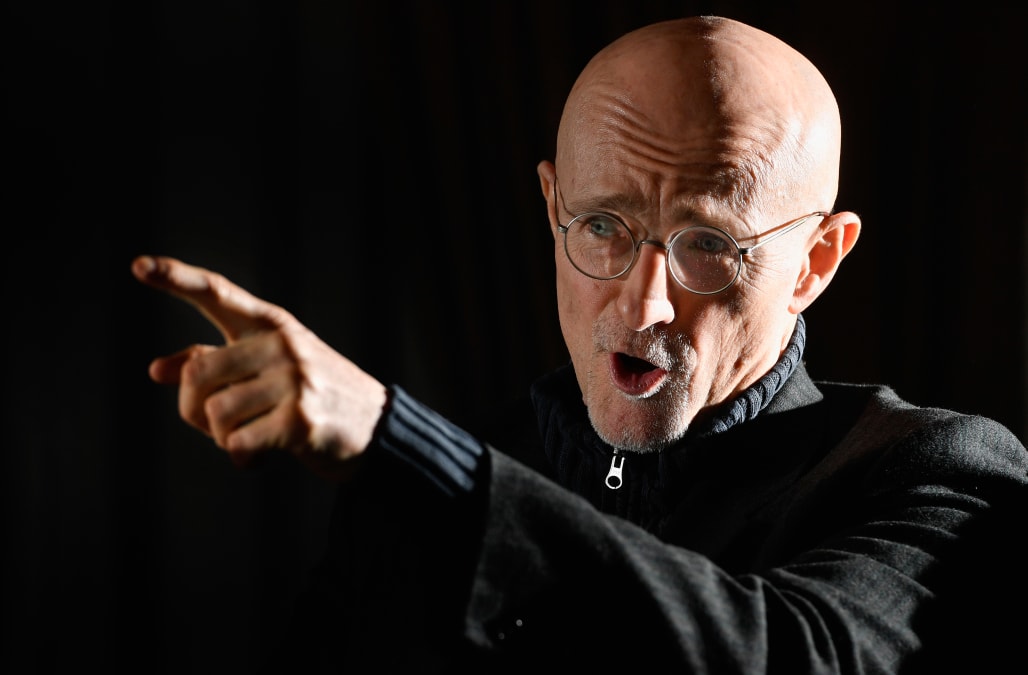 During a recent Skype call with Italian neurosurgeon Sergio Canavero, he waved a tattered grey book in front of the camera.

Canavero said the book contained one of the keys to the outlandish procedure he claims to be on track to complete this year: the world's first full-body transplant.

The book was "Frankenstein," Mary Shelley's classic 1818 novel about a distraught scientist who discovers how to give life to inanimate matter.

Canavero sees his planned procedure in a similar light.

This will happen, he said, when he successfully severs the spinal cords of two humans — a Chinese national and a brain-dead organ donor — and attaches the head of the former onto the body of the latter. He calls the procedure HEAVEN, short for head anastomosis venture. ("Head transplant," he said, is a mis-translation of his description of the procedure.)

"My first order of business is to see HEAVEN through. My goal is life extension," Canavero said.

This procedure could be used to cure spinal cord injuries, and although Canavero acknowledged that's a noble aim, he said he views it as a goal scientists should pursue so as not to "waste" his scientific efforts. But ultimately, Canavero believes humans will one day use full-body transplants to live forever by placing aging heads onto healthier bodies.

One day, we might even use clone bodies, he said.

Canavero says that a series of his own recently published experiments are paving the way for him to move ahead with the first full-body transplant in a person.

In the first of these experiments, he claimed to have severed and then reconnected the spinal cord of a dog. Less than a year later, he published a paper detailing how he created a series of two-headed rodents. In June 2017, Canavero said he severed the spinal cords of a group of mice and then reattached them using a special solution he calls "glue."

Canavero says these experiments are proof that he and his research team have solved what's often considered the holy grail of spinal cord research: fusion.

"We have so much data that confirms this in mice, rats, and soon you will see the dogs," said Canavero. "This is the message. We have a cure for spinal cord paralysis."

"I simply don't think the reports of joining spinal cords together are credible," James FitzGerald, a consulting neurosurgeon at the University of Oxford, told Business Insider.

Robert Brownstone, a professor of neurosurgery and the Brain Research Trust Chair of Neurosurgery at the University College London, agreed.

"Many great scientific ideas are born out of crazy ideas that turned out to be right so we can't completely turn a blind eye to this, but there has to be some mechanistic aspect to it, which I'm not seeing," Brownstone said.

Others, including University of Cambridge neurosurgery professor John Pickard, say the journal in which the studies were published is also a red flag. "I just don't think he's done the science," Pickard said.

'Breaching the wall between life and death'

The second word in the name for Canavero's procedure, anastomosis, is a combination of the Greek words "ana," meaning to place upon, and "stoma," meaning mouth. Together, the words essentially mean "a connection or opening between two things."

Canavero did not necessarily mean for the words to be taken literally about the head and body — instead, he sees the procedure as a way to connect the realms of the living and the dead.

"I'm into life extension. Life extension and breaching the wall between life and death," he said. "My goal is not curing spinal cord injury. It is not curing medical conditions because there are not enough bodies. Even if you cure someone who's in bad shape, what about everyone else? Then you have to think about clones."

James FitzGerald also spends a significant amount of time thinking about how to cheat death, but he believes Canavero is taking the wrong approach. Instead, he says, the best route is technology like brain-computer interfaces that enable people with paralysis to power robotic limbs with their mind.

"This is all stuff we're going to be seeing in the next decade," said FitzGerald. "Full-body transplants, on the other hand, are nowhere in sight."

SEE ALSO: An outlandish surgeon who aims to perform the first head transplant gave a rat a second head

UP NEXT: The world's first head transplant surgery might be part of one giant marketing stunt