Russia brands US warning to Syria over chemical weapons 'unacceptable' 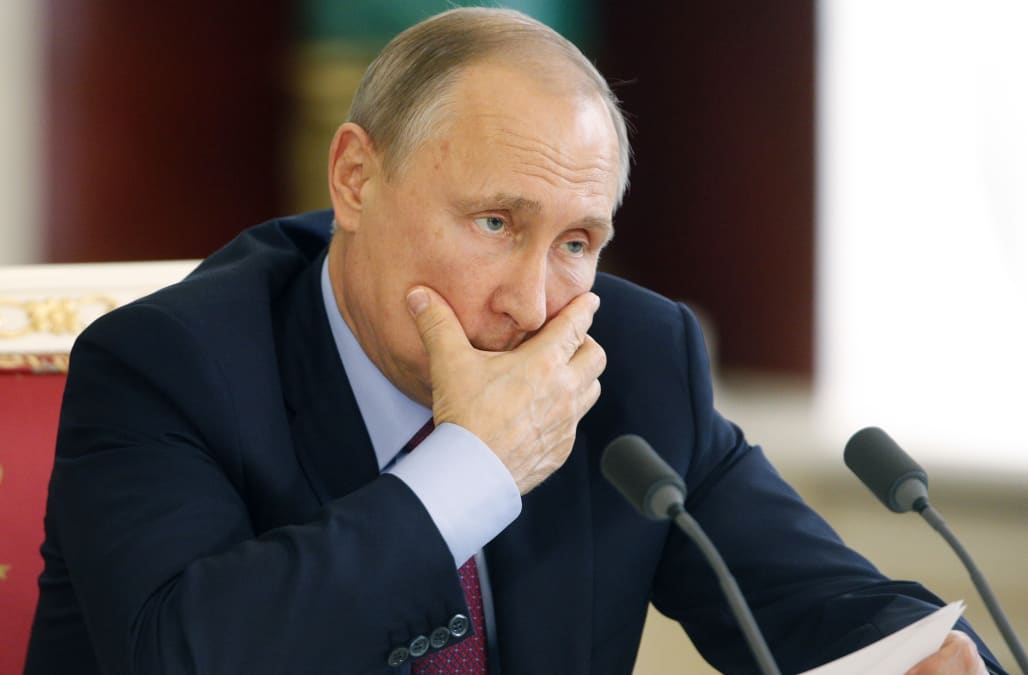 MOSCOW/WASHINGTON, June 27 (Reuters) - Russia denounced a U.S. warning to the Syrian leadership that it will pay a heavy price for any chemical weapons attack, and dismissed White House assertions that a strike was being prepared as "unacceptable."

The White House said on Monday the preparations in Syria were similar to actions before an April 4 chemical attack which killed dozens of civilians and prompted U.S. President Donald Trump to order a missile strike on a Syrian air base.

But Russia, which is President Bashar al-Assad's main backer in Syria's six-year-old civil war and has used its veto power on the United Nations Security Council several times to shield his government, challenged the U.S. intelligence.

"I am not aware of any information about a threat that chemical weapons can be used," Kremlin spokesman Dmitry Peskov told a conference call with reporters on Tuesday.

"Certainly, we consider such threats to the legitimate leadership of the Syrian Arab Republic unacceptable."

Russian officials have privately described the war in Syria as the biggest source of tension between Moscow and Washington, and the cruise missile strike ordered by Trump in April raised the risk of confrontation between them.

See images related to this story:

White House officials did not respond to requests for comment on the intelligence that prompted Monday's statement on Syria, or on possible U.S. plans if Syria's military conducted a chemical weapons attack.

"The United States has identified potential preparations for another chemical weapons attack by the Assad regime that would likely result in the mass murder of civilians, including innocent children," White House spokesman Sean Spicer said.

"If ... Mr. Assad conducts another mass murder attack using chemical weapons, he and his military will pay a heavy price."

The U.S. missile strike on the Shayrat airfield in Syria in April followed the deaths of 87 people in what Washington said was a poison gas attack in rebel-held territory. Syria denied it carried out the attack.

Assad said in an interview with the AFP news agency earlier this year that the alleged April attack was "100 percent fabrication" used to justify a U.S. air strike.

British Defence Minister Michael Fallon said London would support U.S. action to prevent a chemical weapons attack but that it had not seen the intelligence on which Washington based Monday's statement.

"As always in war, the military action you use must be justified, it must be legal, it must be proportionate, it must be necessary. In the last case (in April), it was," Fallon told the BBC. "If the Americans take similar action again, I want to be very clear -- we will support it."

U.S. and allied intelligence officers had for some time identified several sites where they suspected Assad's government may have been hiding newly made chemical weapons from inspectors, said a U.S. official familiar with the intelligence.

The assessment was based in part on the locations, security surrounding the suspect sites and other information which the official, who spoke on condition of anonymity, declined to describe.

The White House warning, the official said, was based on new reports of what was described as abnormal activity that might be associated with preparations for a chemical attack.

Although the intelligence was not considered conclusive, Washington decided to issue the public warning to the Syrian leadership to try to deter such a strike, said the official, who declined to discuss the issue further.

At the time of the April strike, U.S. officials called the intervention a "one-off" intended to deter future chemical weapons attacks in the Syrian war -- in which the Syrian Observatory for Human Rights, a Britain-based war monitor, estimates nearly half a million people have been killed.

The United States has taken a series of actions over the past three months demonstrating its willingness to carry out strikes, mostly in self-defense, against Syrian government forces and their backers, including Iran.

The U.S. ambassador to the United Nations Nikki Haley said on Twitter: "Any further attacks done to the people of Syria will be blamed on Assad, but also on Russia and Iran who support him killing his own people."

Washington has repeatedly struck Iranian-backed militia and even shot down a drone threatening U.S.-led coalition forces since the April military strike. The U.S. military shot down a Syrian jet earlier this month.

Trump has also ordered stepped-up military operations against the Islamic State militant group and delegated more authority to his generals.