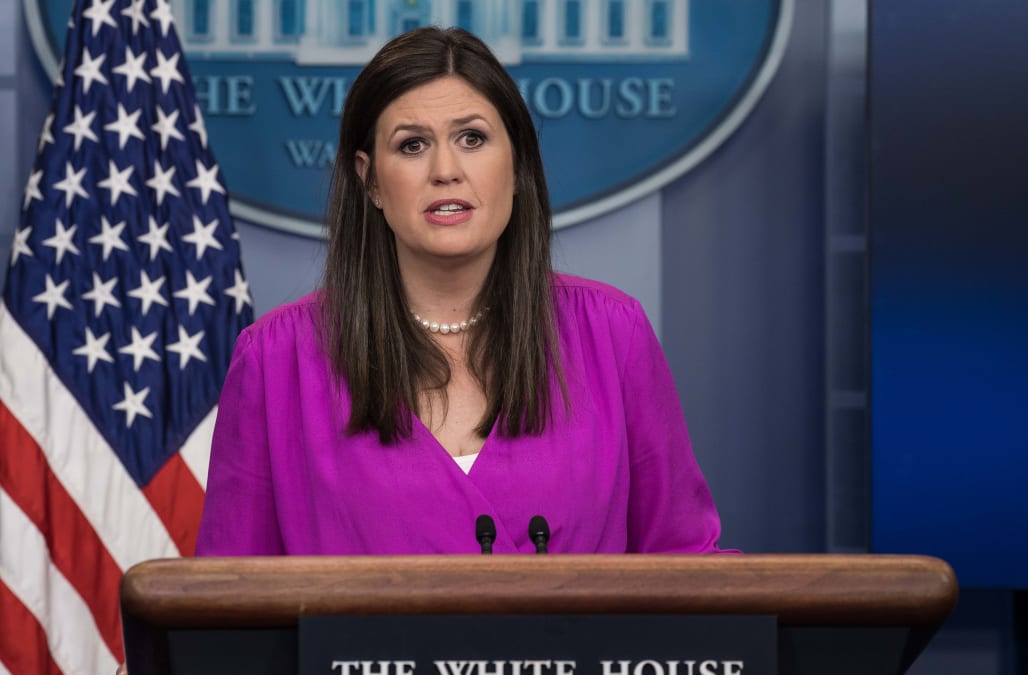 White House reporter called out Sarah Huckabee Sanders after the deputy press secretary went on a lengthy rant bashing the press for its coverage of the administration.

The two had a spirited back-and-forth after Sanders started the press briefing by going after CNN for a story it later retracted and apologized for. Sanders also criticized other news outlets for their coverage of the Russia controversy surrounding President Donald Trump's administration.

"News outlets get to go on day after day, cite unnamed sources, use stories without sources ... you mentioned the [CNN] story, where they had to have reporters resign," Sanders said, referring to a story about a member of the Trump administration that CNN retracted over the weekend.

Reporter Brian Karem of the Sentinel newspapers — a local Washington, DC-area chain — then jumped in to voice his displeasure with the rant.

"You're inflaming everyone right here, right now, with those words you used," he said, pointing out that the administration has also gotten facts wrong in the past.

"Anyone of us, right, are replaceable, and anyone of us, if we don't get it right, the audience has the opportunity to turn the channel or not read us," he continued. "You have been elected to serve for four years at least."

Karem said the press was present to "ask you questions," and that Sanders is here "to provide us answers."

"And what you just did is inflammatory to people all over the country who see once again, the president is right, and everybody out here is fake media," he continued. "And everybody in this room is only trying to do their job."

Sanders shot back, saying she disagreed "completely" with Karem's sentiment.

"I think if anything has been inflamed, it's been the dishonesty that has taken place in the news media," she said, adding, "I think it's outrageous for you to accuse me of inflaming a story when I was simply trying to respond to" a question from Breitbart's Charlie Spiering about the CNN story.

This is a moment to watch and remember. pic.twitter.com/Ld6EGfwiPx

More from Business Insider:
How the GOP healthcare plan could affect Planned Parenthood
The richest village in China is one of the most mysterious places on earth
Planned Parenthood staged a 'Handmaid's Tale'-inspired demonstration on Capitol Hill