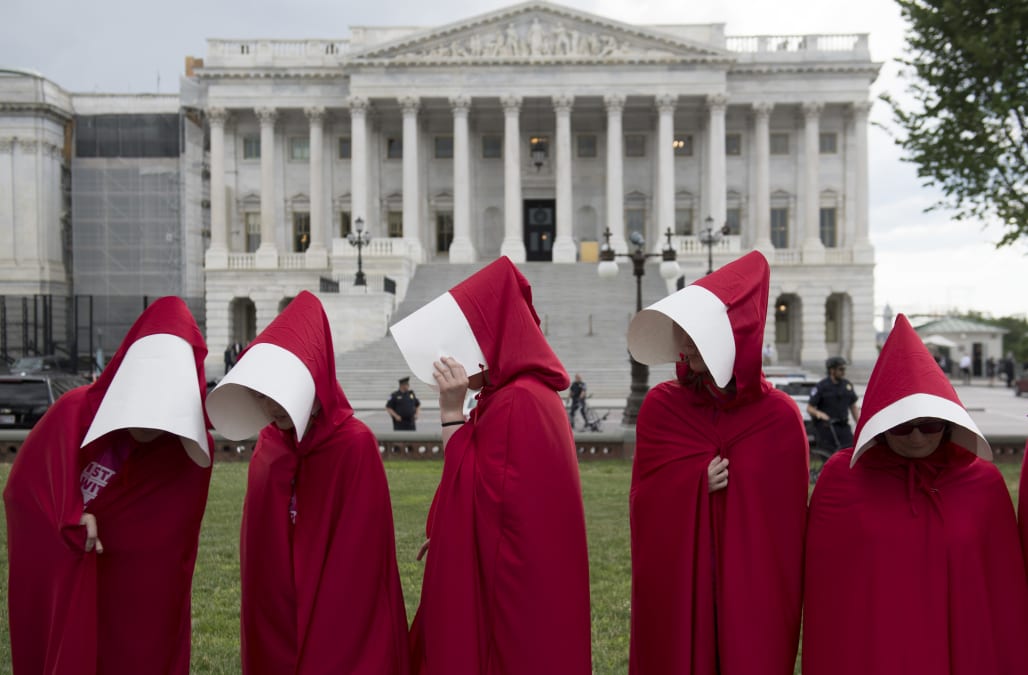 Inspired by Margaret Atwood's 'The Handmaid's Tale," the volunteers came to Washington D.C. from New York to show their opposition to the bill, which could dramatically restrict funding for health care centers that provide access to abortions and other forms of birth control.

In the book that inspired the new Hulu television series, women are kept in captivity for reproductive purposes and impregnated against their will.

"Dressing up as a handmaid gives a clear message to our administration and the Senate about how seriously we take their decisions and how radically it can affect our lives," dressed-up volunteer Elena Lipsiea told The Hill.

More than 2.5 million peoplevisit Planned Parenthood clinics every year for everything from abortion and birth control access to cancer screenings. Similar "Handmaid's Tale"-inspired protests have taken place from Texasto Ohio, with participants claiming that the bill would severely restrict women's reproductive rights.

"It would be the worst bill for women in generations and decimate women's healthcare," Planned Parenthood communications director Fern Whyland told The Hill. "It's a healthcare bill with no healthcare," she said.

More from Business Insider:
How the GOP healthcare plan could affect Planned Parenthood
The richest village in China is one of the most mysterious places on earth