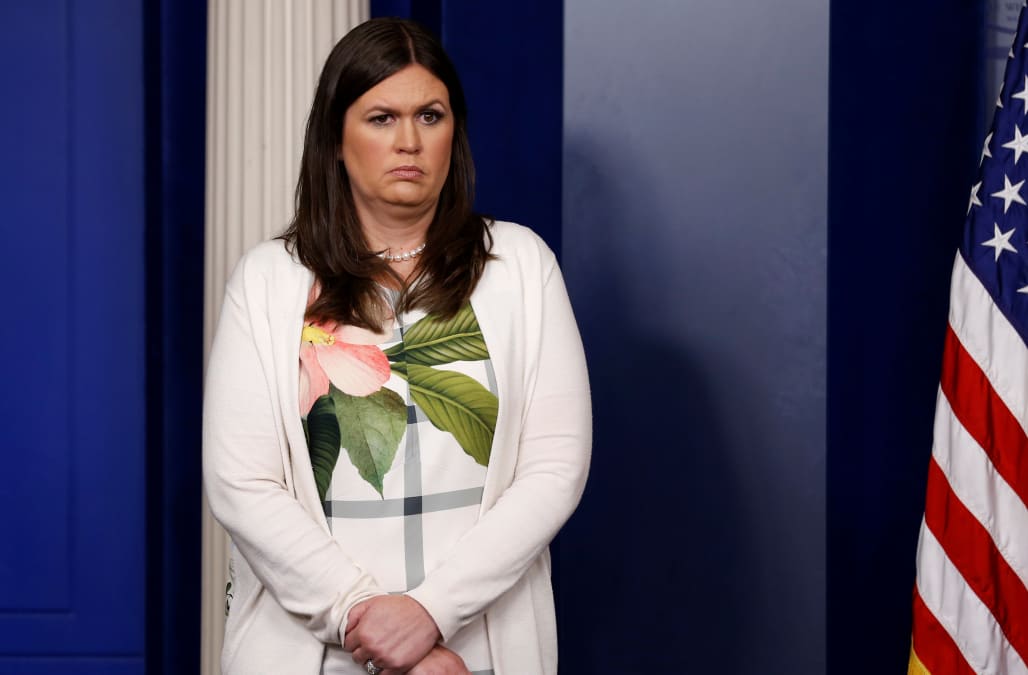 Brian J. Karem suddenly became one of America's most divisive journalists Tuesday when he interrupted Deputy White House Press Secretary Sarah Huckabee Sanders by accusing her of "inflaming" feelings against the news media.

Sanders was chiding the news media for using anonymous sources and criticizing a retracted CNN story that led to the resignation of three CNN staffers on Tuesday when Karem decided he'd had enough.

"You're inflaming everybody, right here, right now with those words," he said. "Any one of us [reporters] are replaceable, and any one of us, if we don't get it right, the audience has the opportunity to turn the channel, or not read us. You have been elected to serve for four years at least — there's no option other than that!"

Liberals loved it. Conservatives did not.

So who is Karem? According to his Twitter bio, he's a "producer/writer/ best selling author/ humorist/ father/ musician/ television personality/ White House reporter/ stand up comic." His LinkedIn profile says that for the last 13 years he's served as the executive editor of The Sentinel Newspapers, two newspapers in the Washington, DC suburbs that have a staff of 35 and 10,000 subscribers.

His Harper Collins author page says he was "presented with the National Press Club's Freedom of the Press Award after he was jailed for protecting a confidential source in 1992," and also lists him as a former correspondent for the TV show "America's Most Wanted."

"He was the first American reporter allowed inside Pablo Escobar's palatial prison after Escobar's escape from Colombian authorities, and he was one of the first reporters to enter Kuwait City after its liberation during the first Gulf War. A regular contributor to People magazine, Mr. Karem has also interviewed James Carville, Mary Matalin, and G. Gordon Liddy for Playboy," the bio also says, adding that he "lives outside of Washington, D.C., with his wife and three children."

Karem followed up his press briefing debate with Huckabee Sanders by tweeting Tuesday, "So, when we are wrong we correct ourselves but when has POTUS ever done that? We are not FAKE news."

She responded to him during the briefing: "I disagree completely. First of all, if anything has been inflamed, it's the dishonesty that often takes place by the news media."

Karem was praised on Twitter by some, while others said he seemed unhinged and demanded to know who he was. A sampling of the comments are below:

This is a moment to watch and remember. pic.twitter.com/Ld6EGfwiPx

Thank you for speaking truth.

Brian Karem accused Sarah Huckabee Sanders of inflaming the entire room of reporters. Don't they realize they started this conflict mos ago?

*Thank you* for saying what needs to be said. Please keep pushing for answers. You're doing your job & the public appreciates it.