Man fined after losing his arm to a crocodile attack 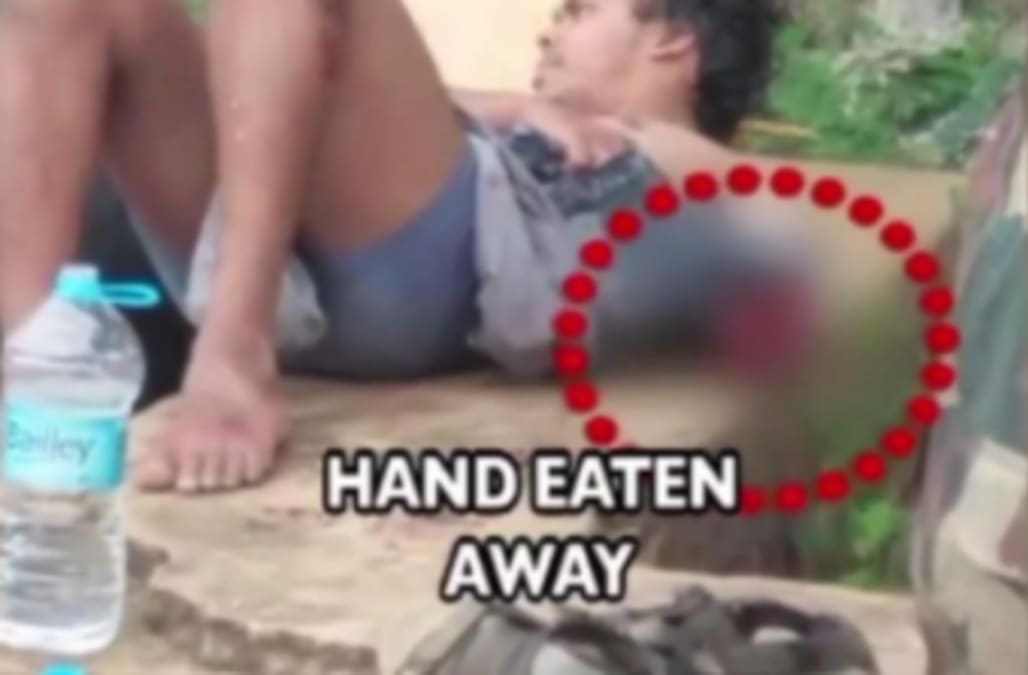 A tech CEO in India faced the most horrific moment in his life when a crocodile ripped off his left arm -- and now he's being fined for it.

According to NDTV, 26-year-old Mudit Dandwate was walking with his friend and two dogs when the pets ran into the lake.

When Dandwate jumped into the lake to save the dogs, a crocodile attacked.

Four people heard his cries for help and managed to save him -- but he was horribly mangled.

Authorities fined Dandwate for trespassing, claiming there were boards at the lake warning of the dangerous reptiles.

Dandwate is now undergoing treatment for his horrific injuries and will be outfitted with a prosthetic, NDTV reports.