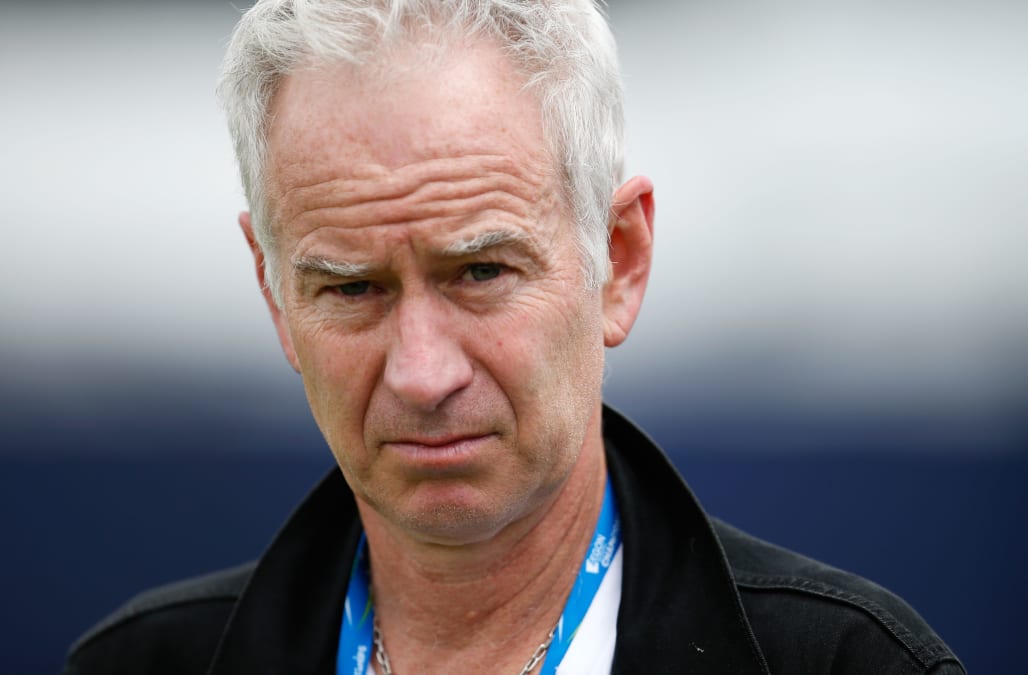 John McEnroe started a firestorm when he was recently asked about Serena Williams' place in the tennis world and said he thought she would rank "like 700" in the world if she had to compete against men.

Serena fired back at McEnroe, saying, "Dear John, I adore and respect you but please please keep me out of your statements that are not factually based. I've never played anyone ranked "there" nor do I have time. Respect me and my privacy as I'm trying to have a baby. Good day sir."

This has inevitably led to many calling for another tennis "Battle of the Sexes," with McEnroe facing Serena on the court.

RELATED: John McEnroe through his career

It turns out, people have been trying to get McEnroe to play Serena for years, including President Donald Trump.

McEnroe was a guest on "The Dan Patrick Show," when he was asked why people have a problem with his comments. McEnroe started by pointing out that tennis, unlike other sports, has a storied history of men facing women in grand matches, and noted that people have been trying to get him to face Serena, or her sister Venus Williams, for years, but suggested it wouldn't be a good indicator of how Serena would fare against today's male tennis players.

"Over the course of time, people, including our now-President — [he] wasn't President at the time — have offered me sums of money to play either Serena or Venus," McEnroe said. "I don't know why I am always the guy that they want to play, the old fart now...Why don't they ask her to play Roger Federer or Rafael Nadal on clay, and see how that goes?"

When asked if he would face Serena for "a sum of money," McEnroe said he doesn't think it would be a worthy comparison, but also seemingly opened the door to doing it now.

"I never really thought that was something, to mix the apples and oranges," McEnroe said. "I should probably suggest now that it might not be a bad idea if everybody is up in arms about it."

Tennis does have a long history of men facing women in exhibitions. The most notable would be the original made-for-TV event, "Battle of the Sexes," in which Billie Jean King beat Bobby Riggs in 1973 and later, the "Battle of the Champions," when Jimmy Connors faced Martina Navratilova in 1992. Connors won that match.

The Williams sisters themselves even got in on the action in 1998 in a quiet match against Karsten Braasch, a German male player ranked 203rd in the world. He faced both in a single set on an outer court at the Australian Open after they had noted they thought they could beat a men's player ranked around 200th. Braasch beat both sisters in a single set each, 6-1 against Serena, and 6-2 against Venus.